It was far too beautiful a day to stay inside and do school so we went to Lago di Barcis for a picnic and a nature study.  We tried to find a place to eat, but this guy wouldn’t leave us alone.  He followed us everywhere!  He would stand there looking around for us and then he’d come flying on over. 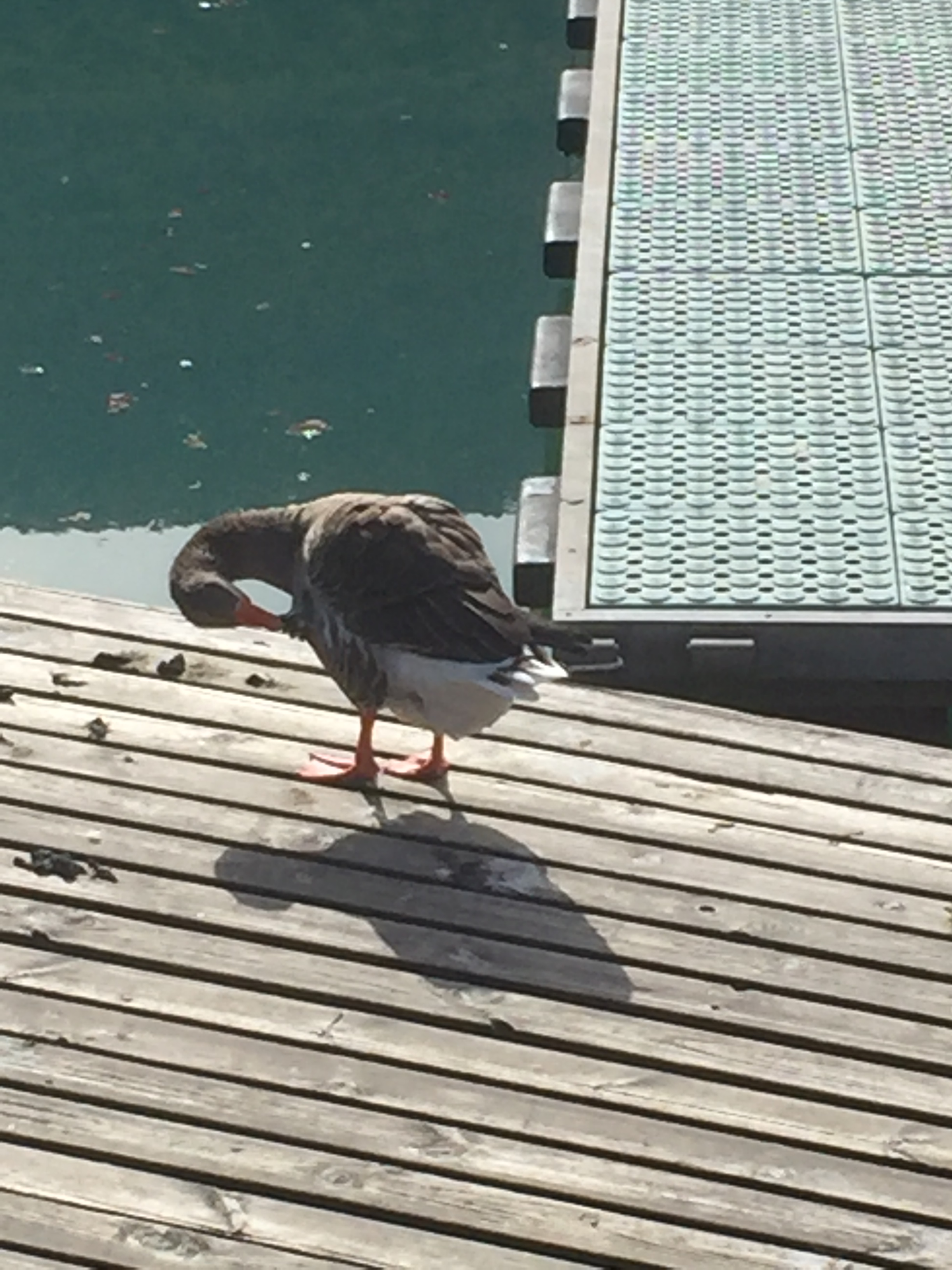 We couldn’t find safe place to eat, so we picnicked in the trunk.  They probably enjoyed this more! 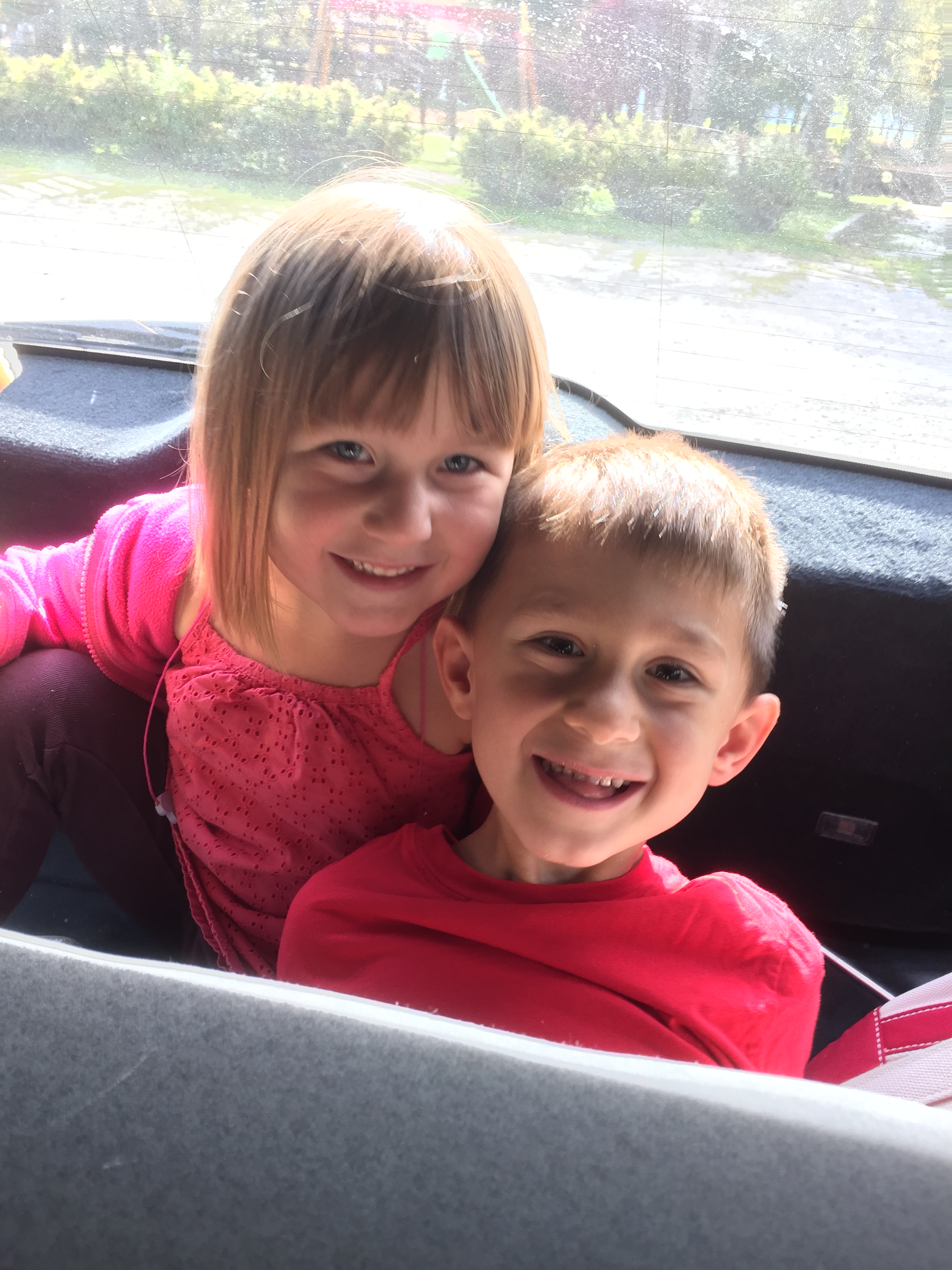 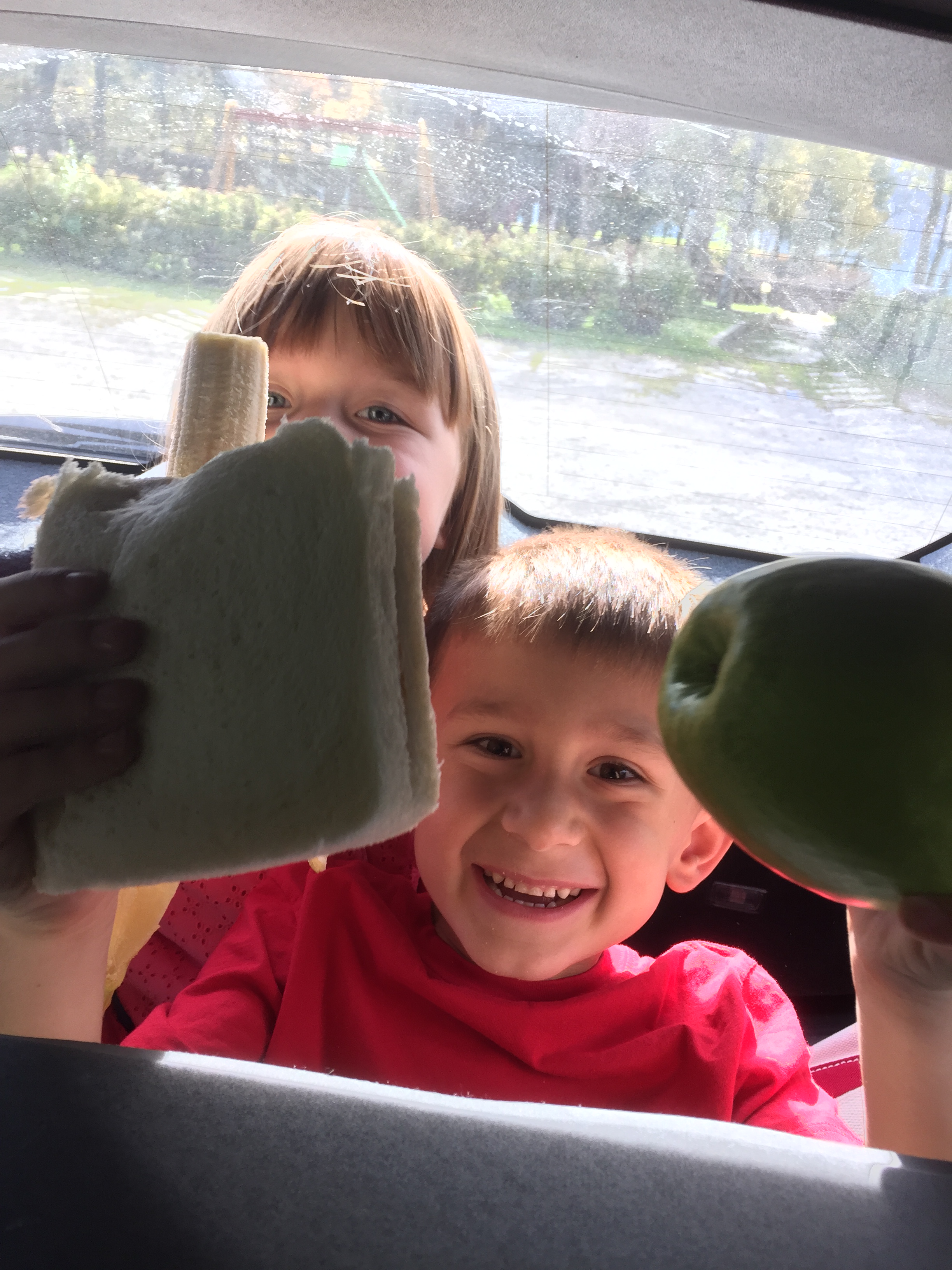 Even after we finished eating and started our hike around the lake, he continued to swim along side us for half of the length of the lake. In the end, we grew quite affectionate toward him until he glided upon some fellow ducks and decided they were better company. 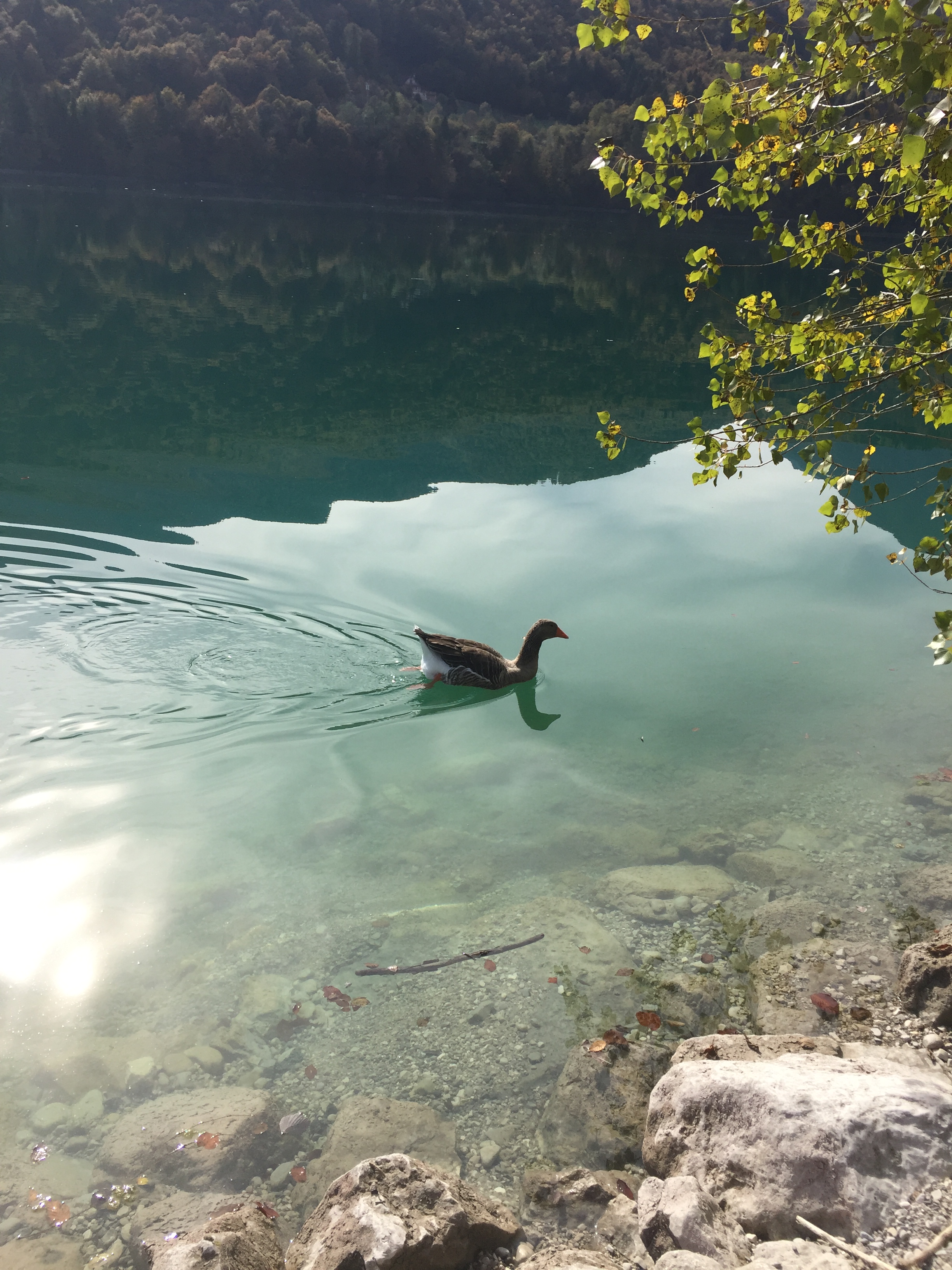 We stopped to throw rocks in the water. 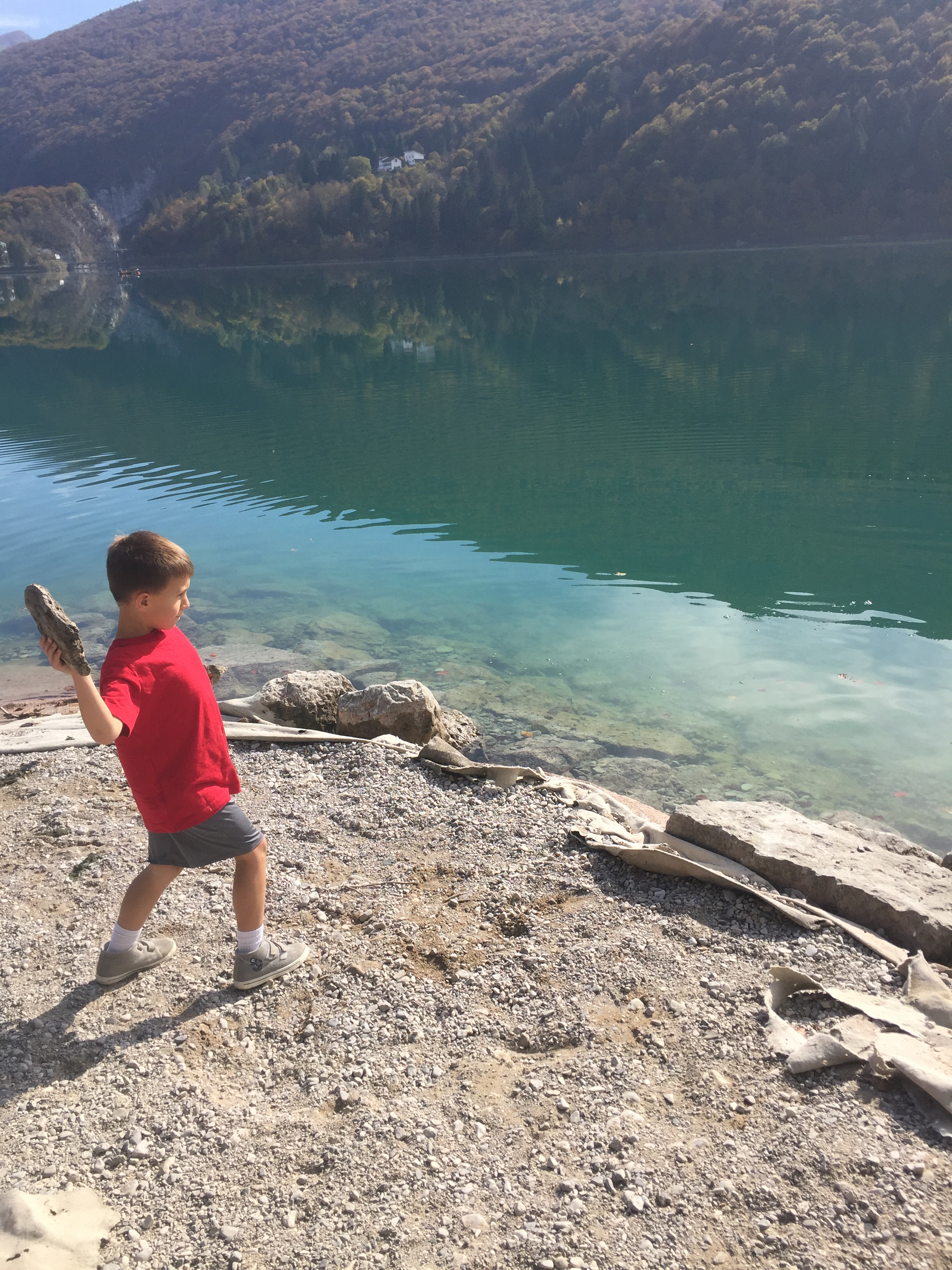 Benjamin is looking so grown up.  This is the “cool bridge”. 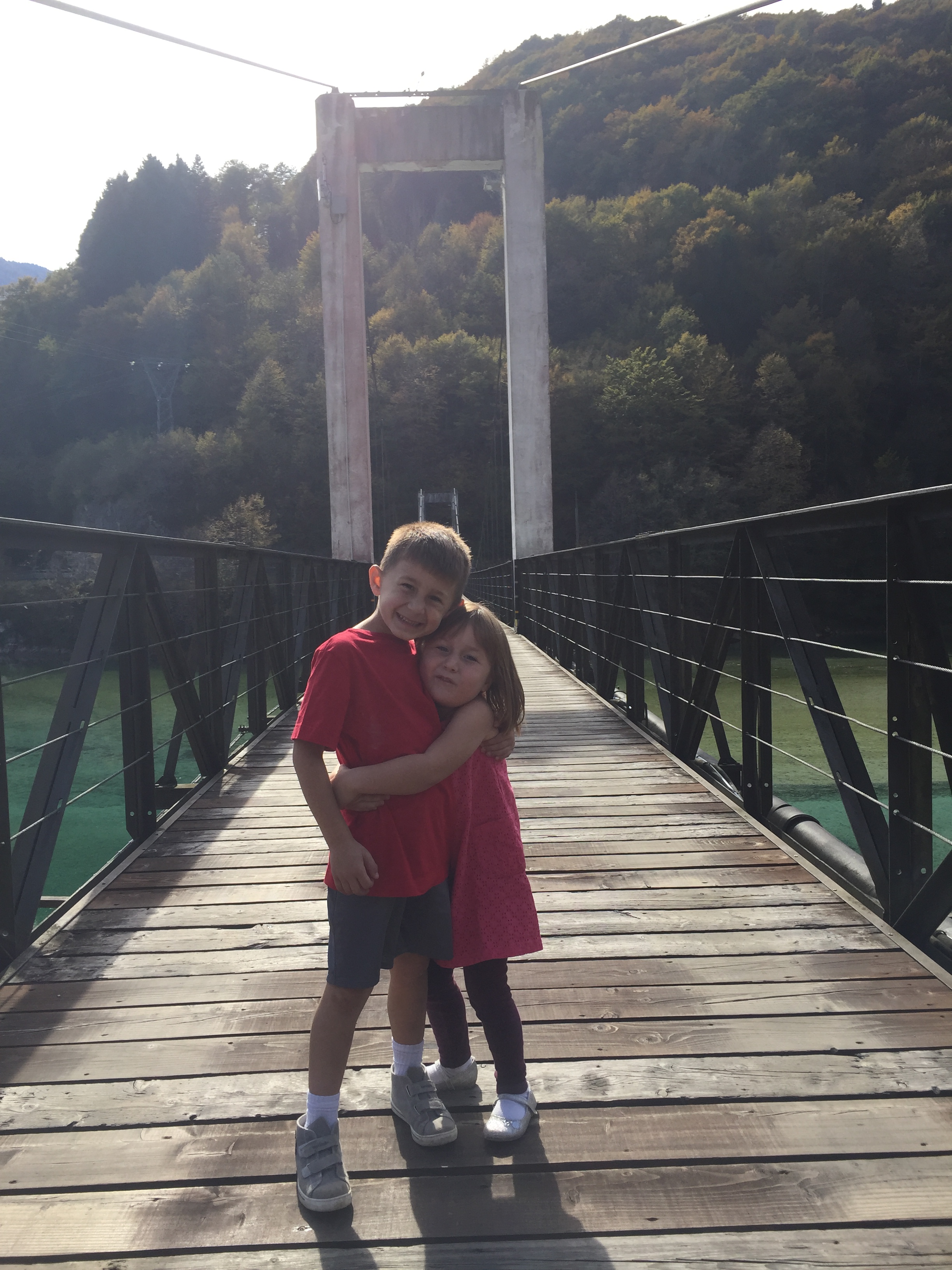 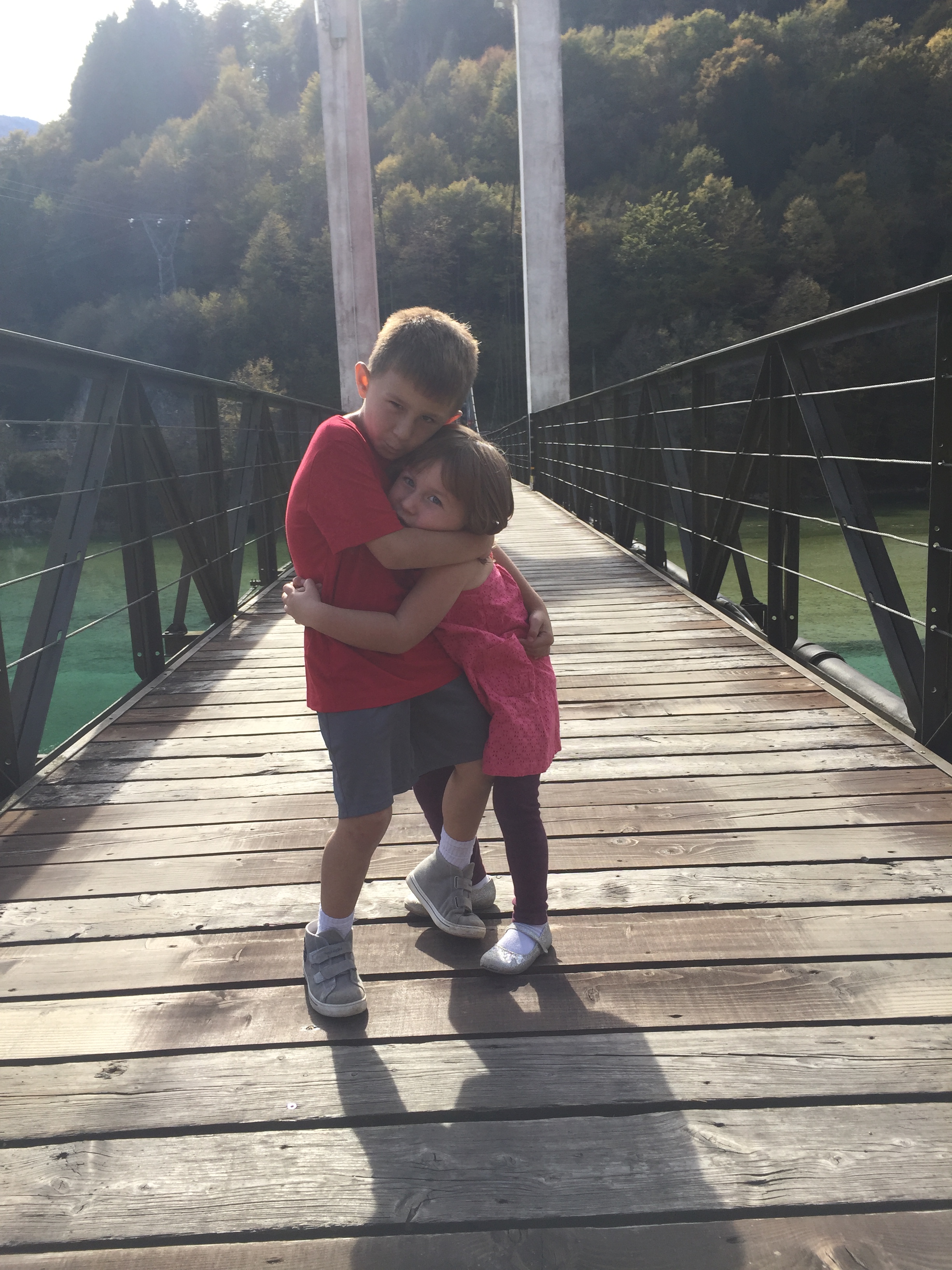 We hiked around the entire lake.  It turned out to be a much longer walk than I had anticipated. I don’t know why I thought it would be a quick walk…this is the only bridge and it’s on the very edge of the lake!

We found the coolest mushrooms I’ve ever seen.  We loved studying them. 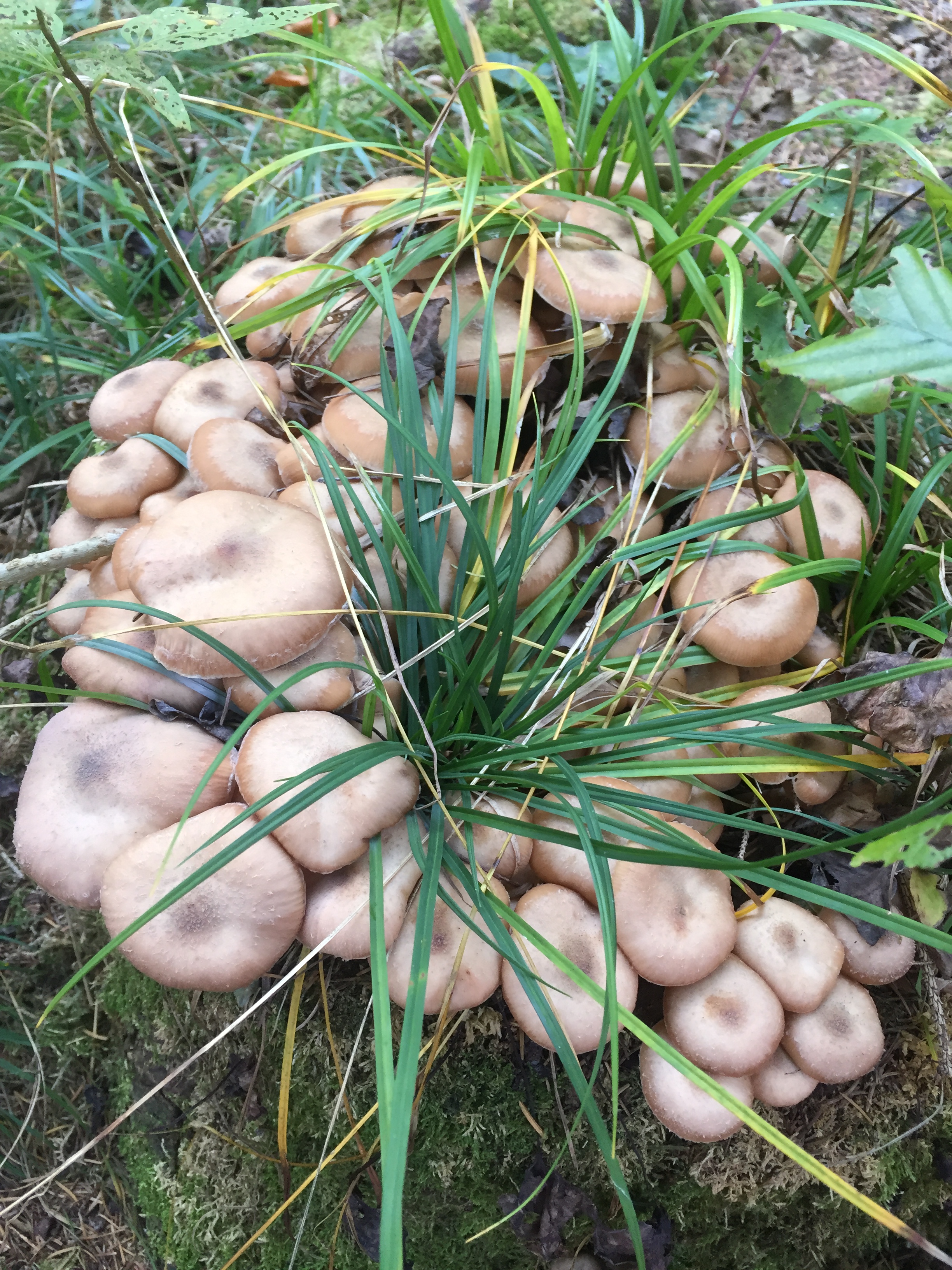 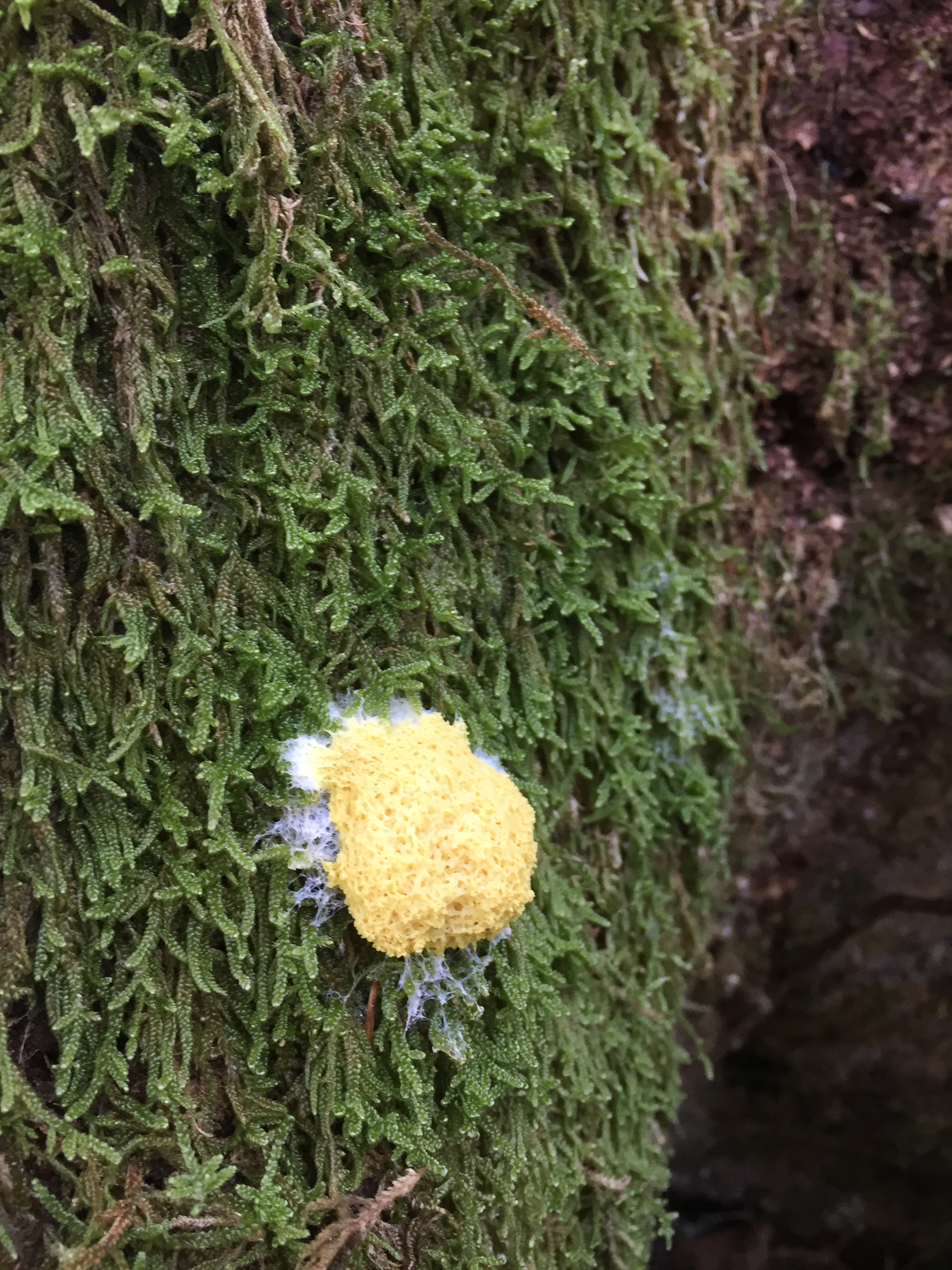 The view of Barcis from the other side of the lake. 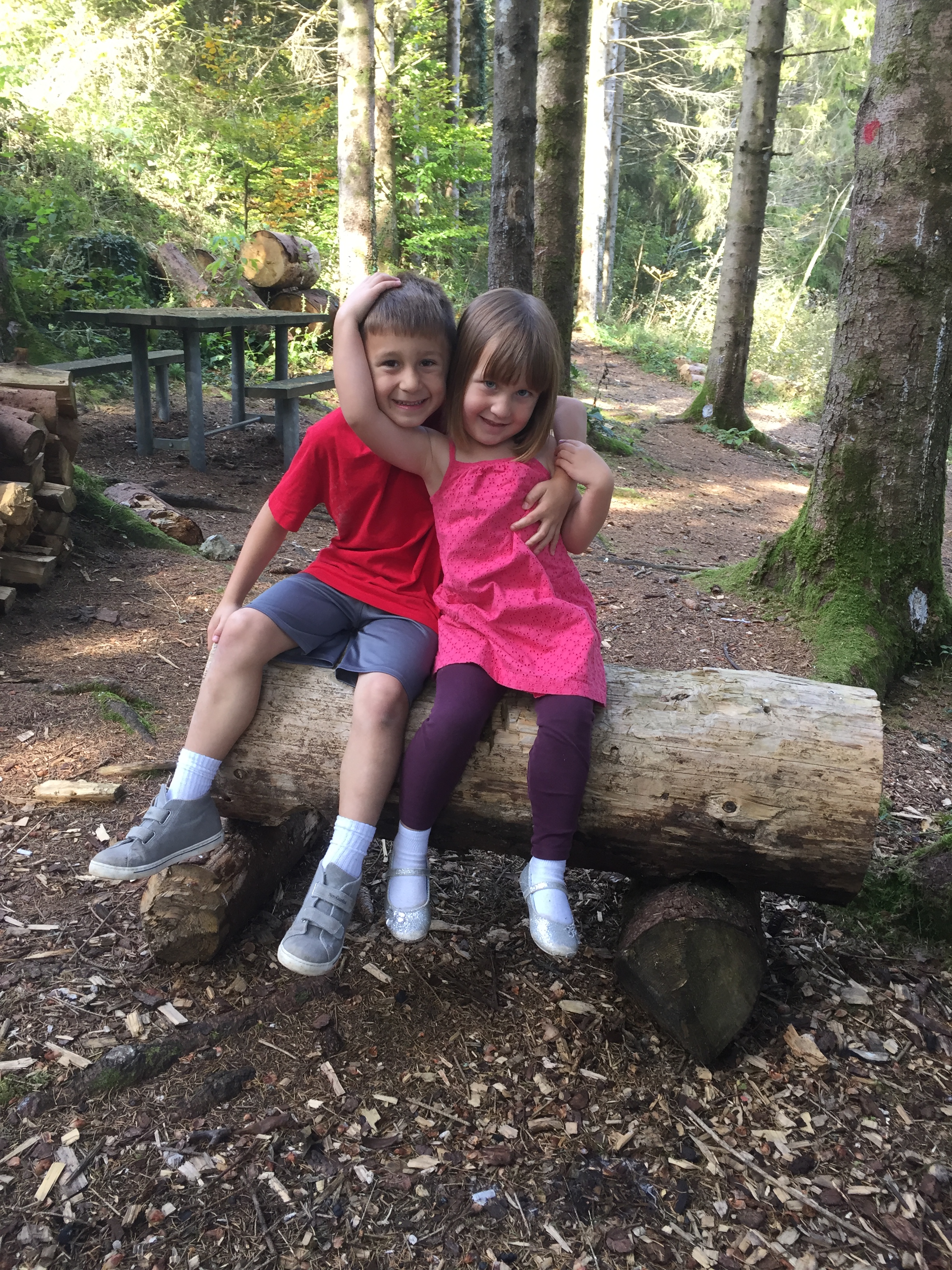 The base had an event for Fire Prevention week.  They offered grilled burgers and lots of fun for the kids.  It made for a great day!

We got to watch them put out a fire in a burning car. 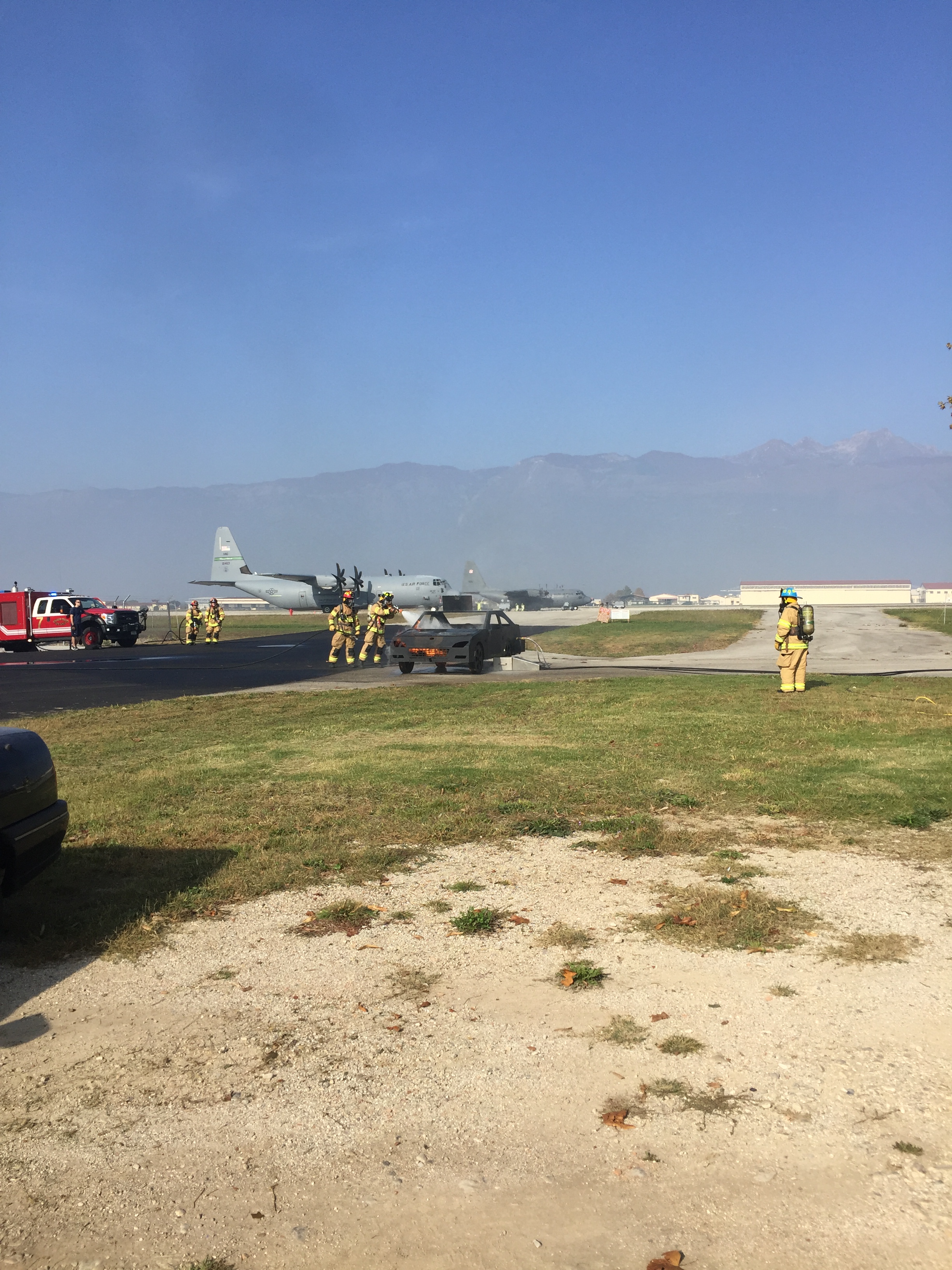 They had an obstacle course for the kids. Her favorite part of the day was spraying the fire hose on the burning fire.  It was really cute. 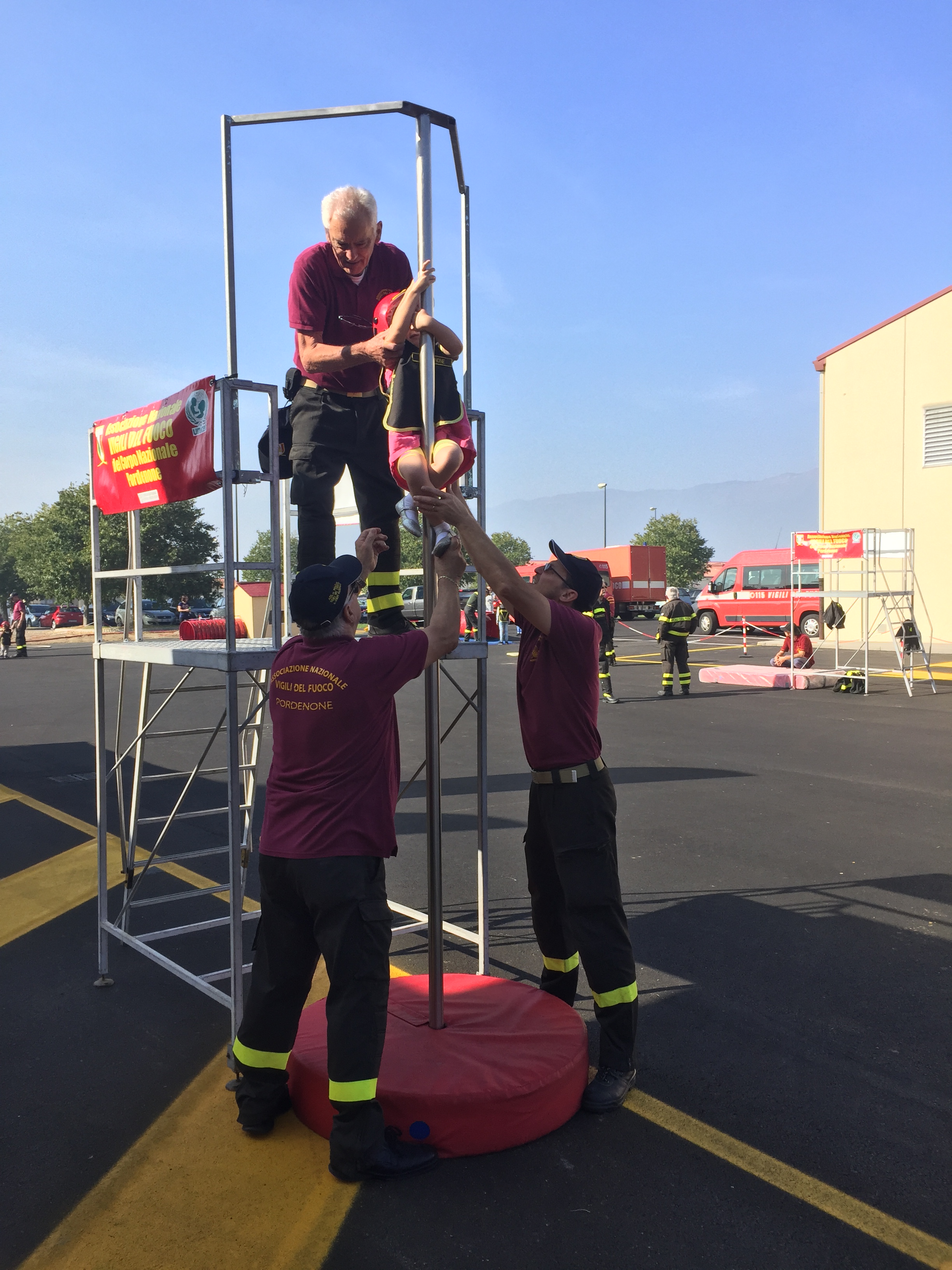 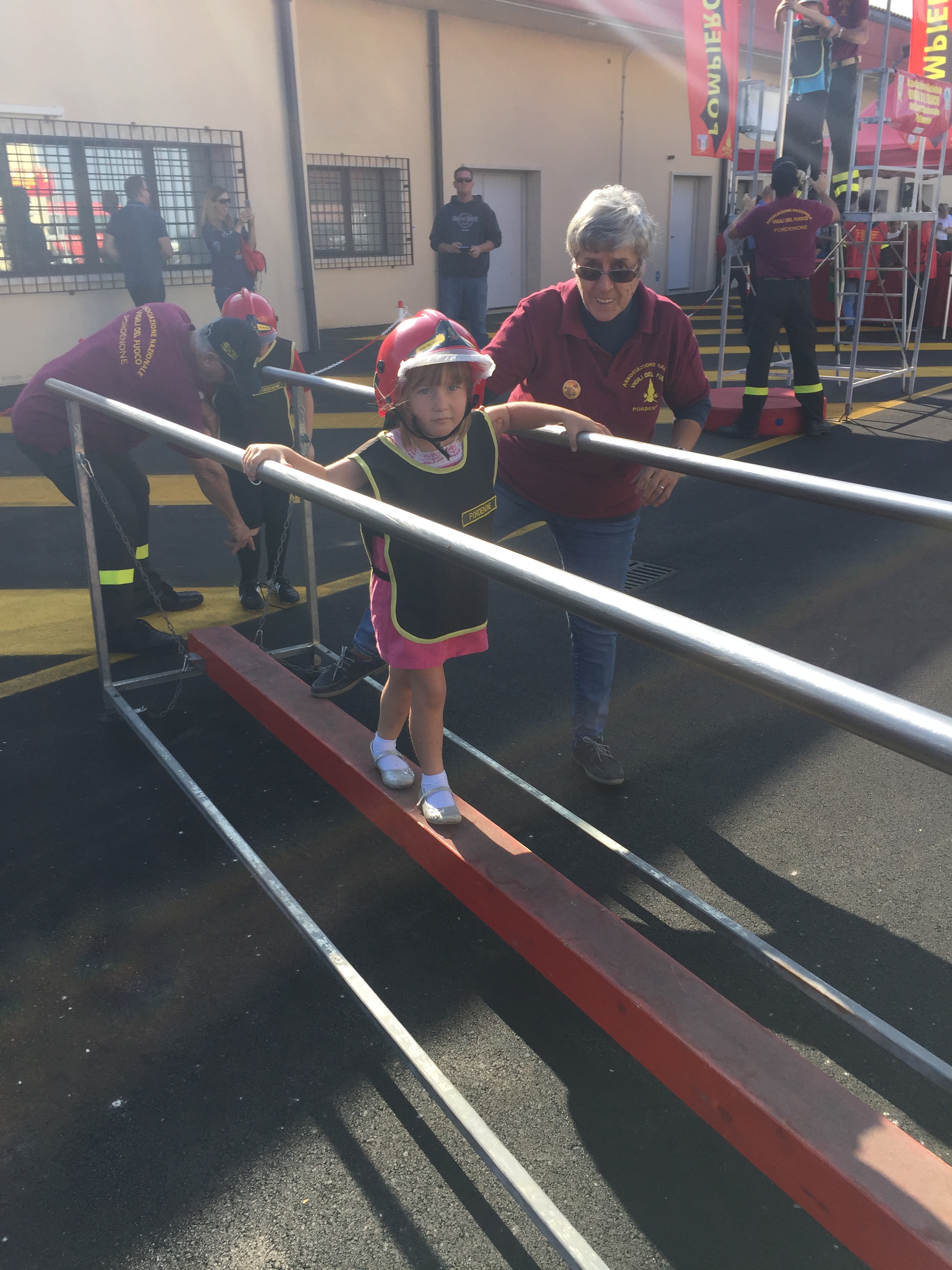 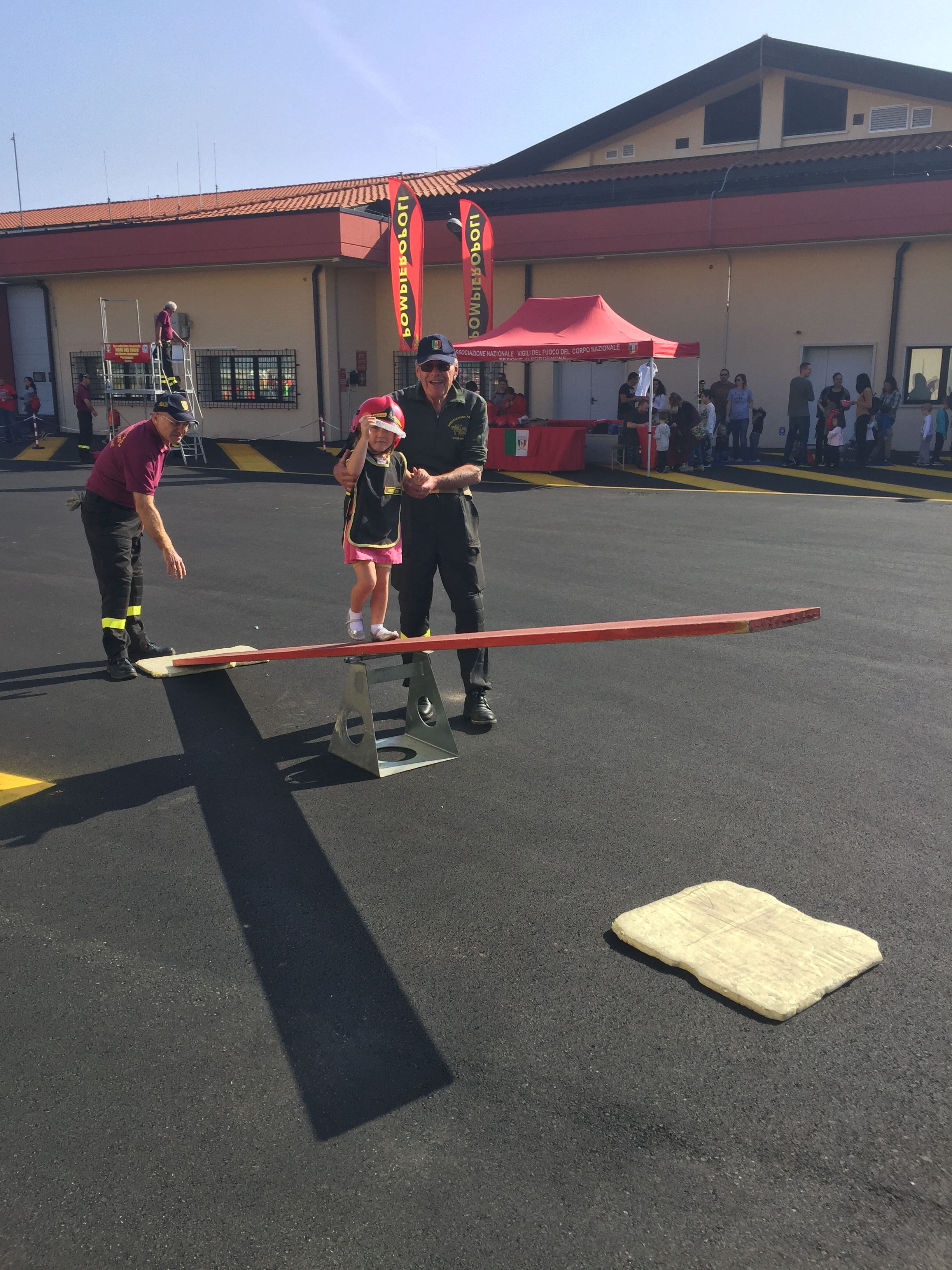 We got to check out the fire engines. Ben is still obsessed with big trucks.  They also had a smoking trailer for the kids.  It was smoky inside and they had to find their way to the balcony and climb the ladder down.  I guess I failed to get pictures.   We had to drag Benjamin out of there. 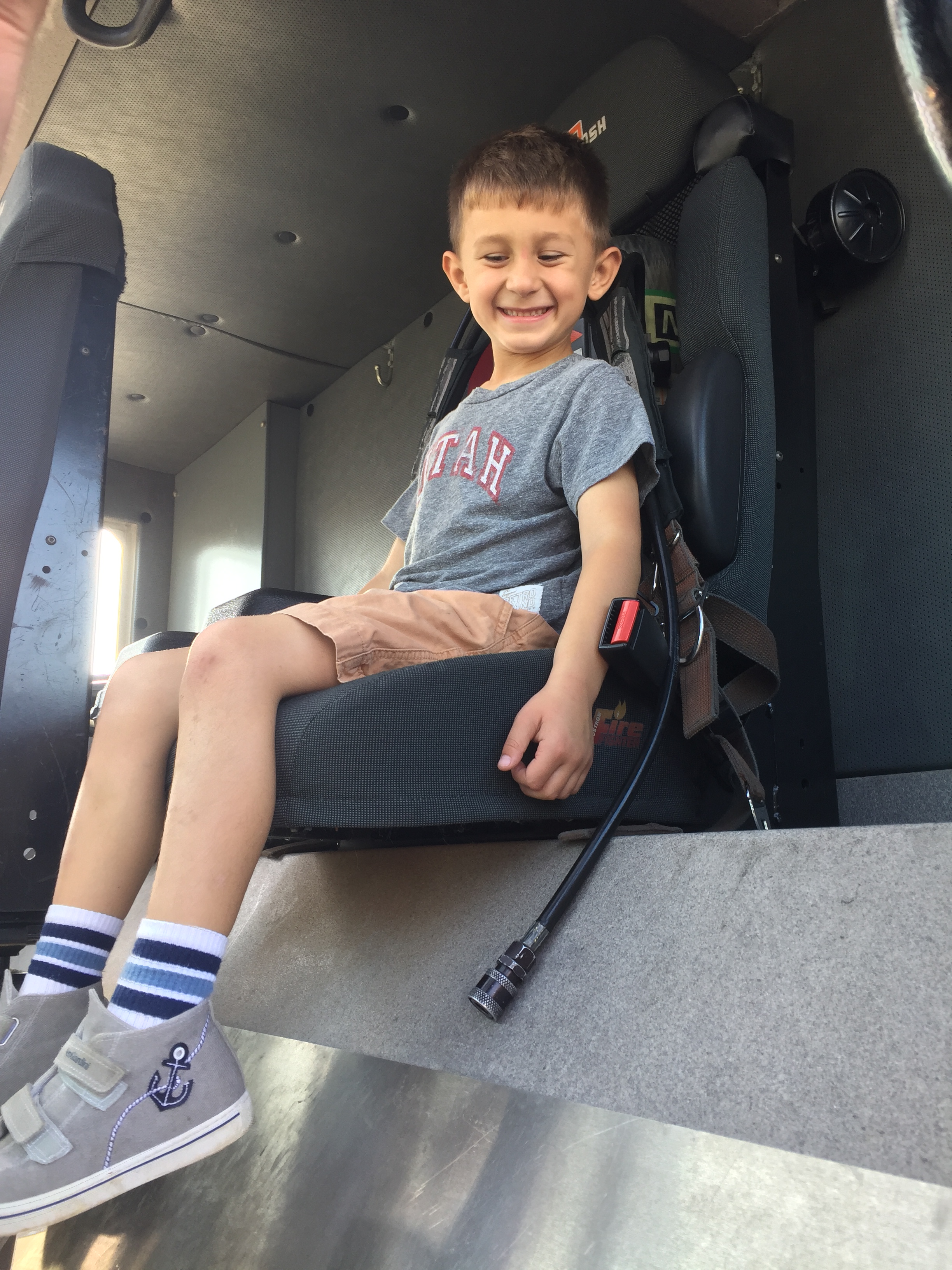 We also made it to our first Boy Scout activity this weekend.  It was the Fall Boy Scout campout.  It was a great little campsite at a large park just about 30 minutes from our home.  The boys went crazy on the playground and thoroughly investigated the forest.

They had a three-legged race to find rocks… 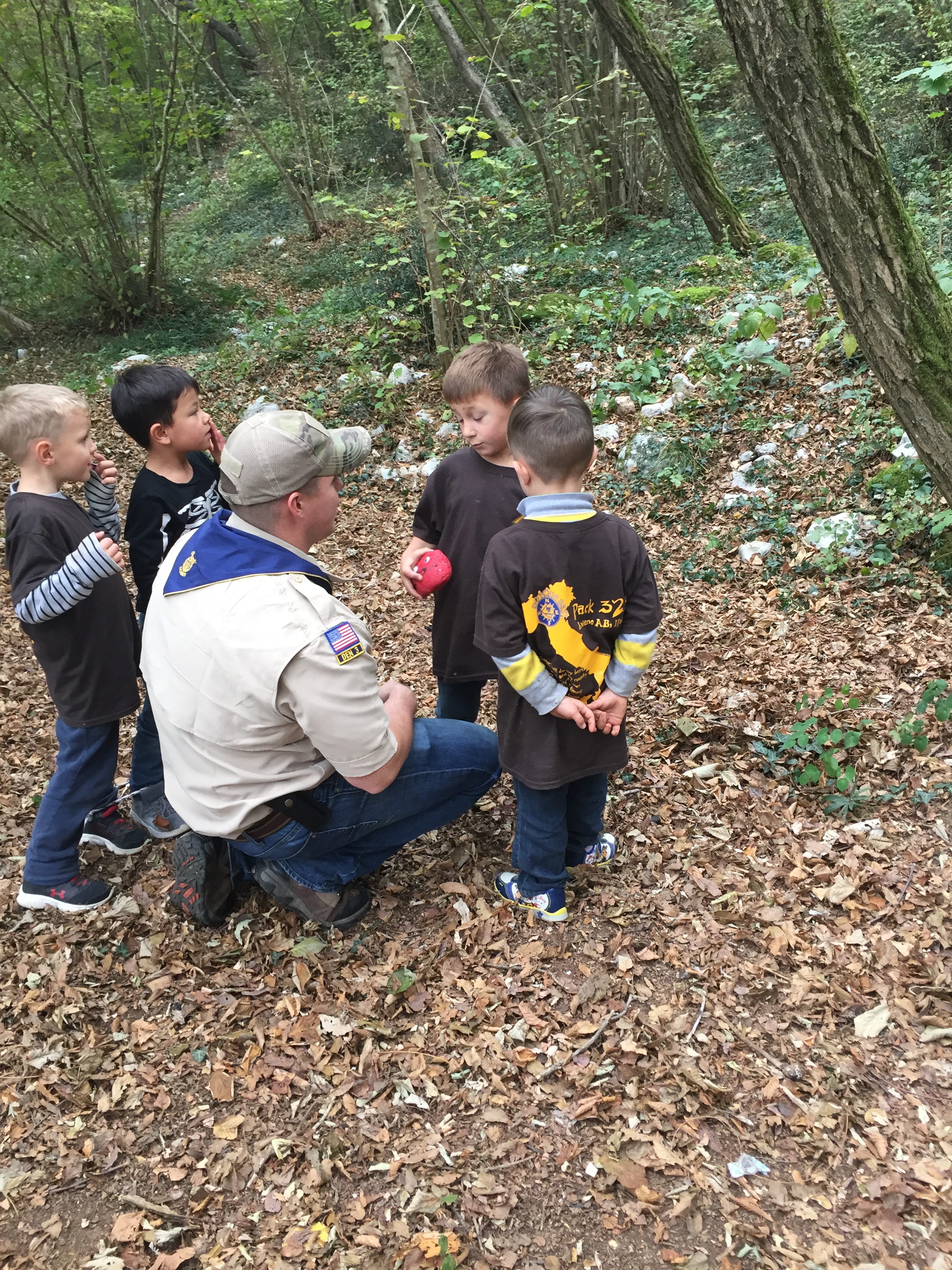 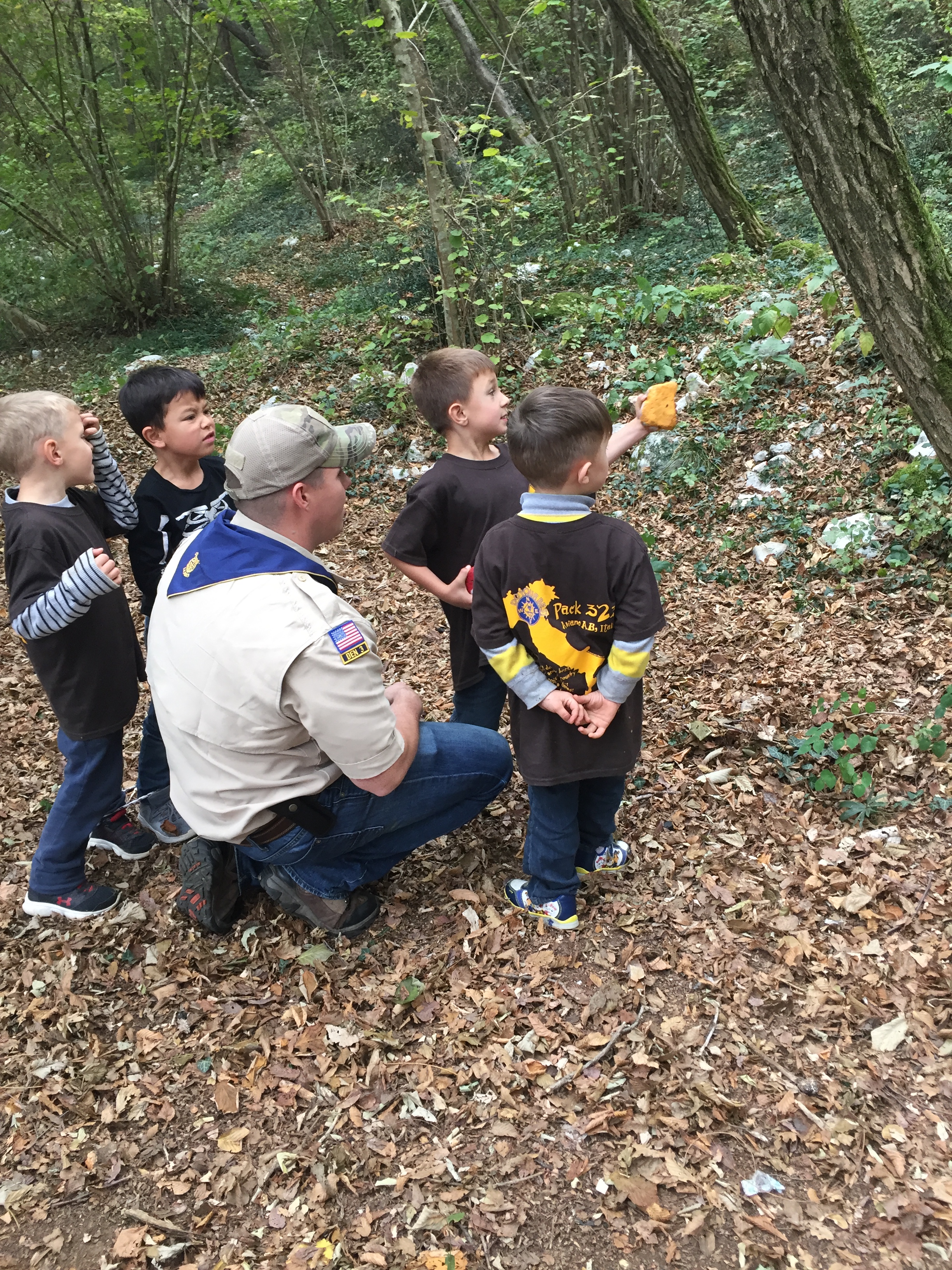 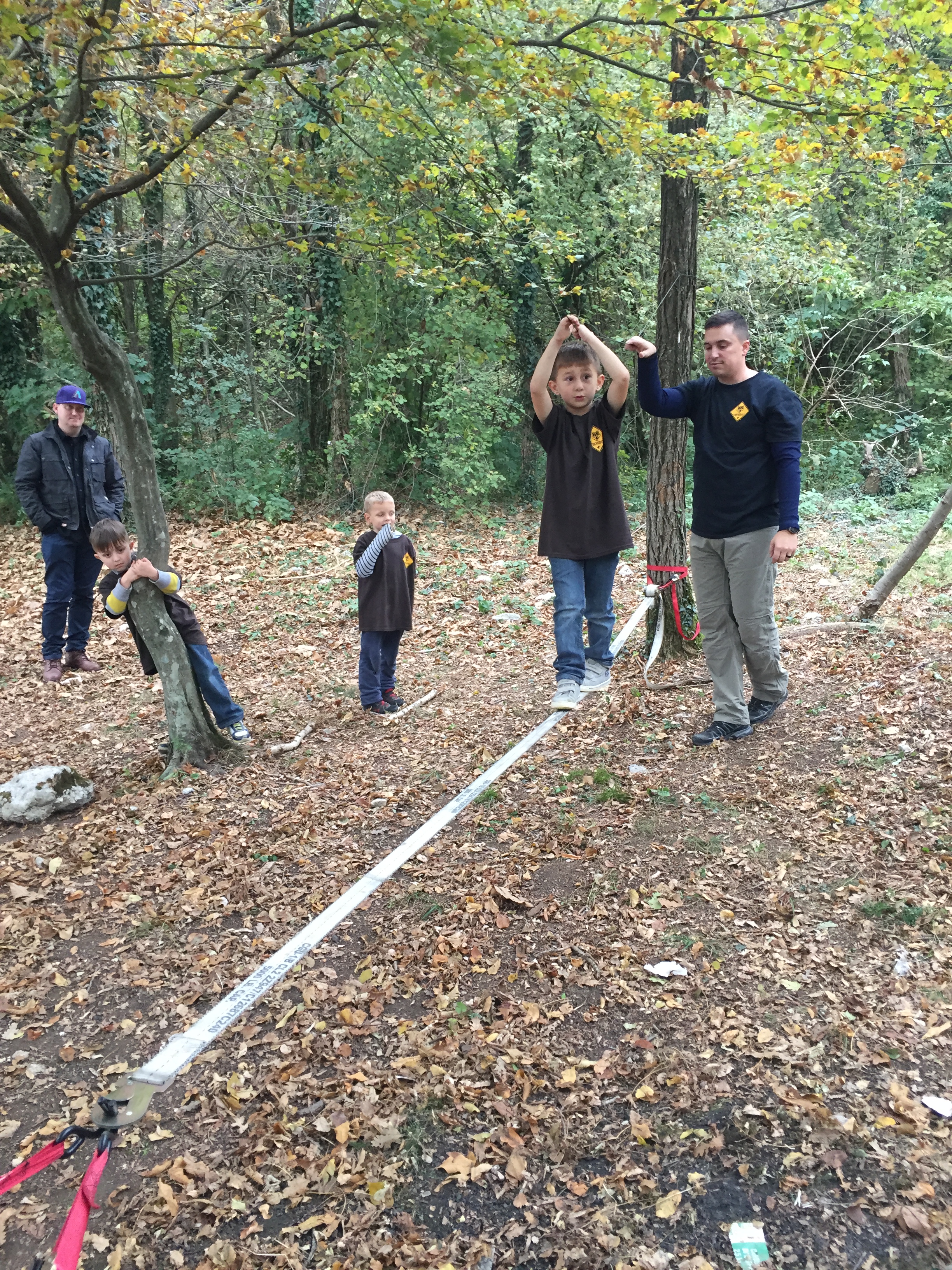 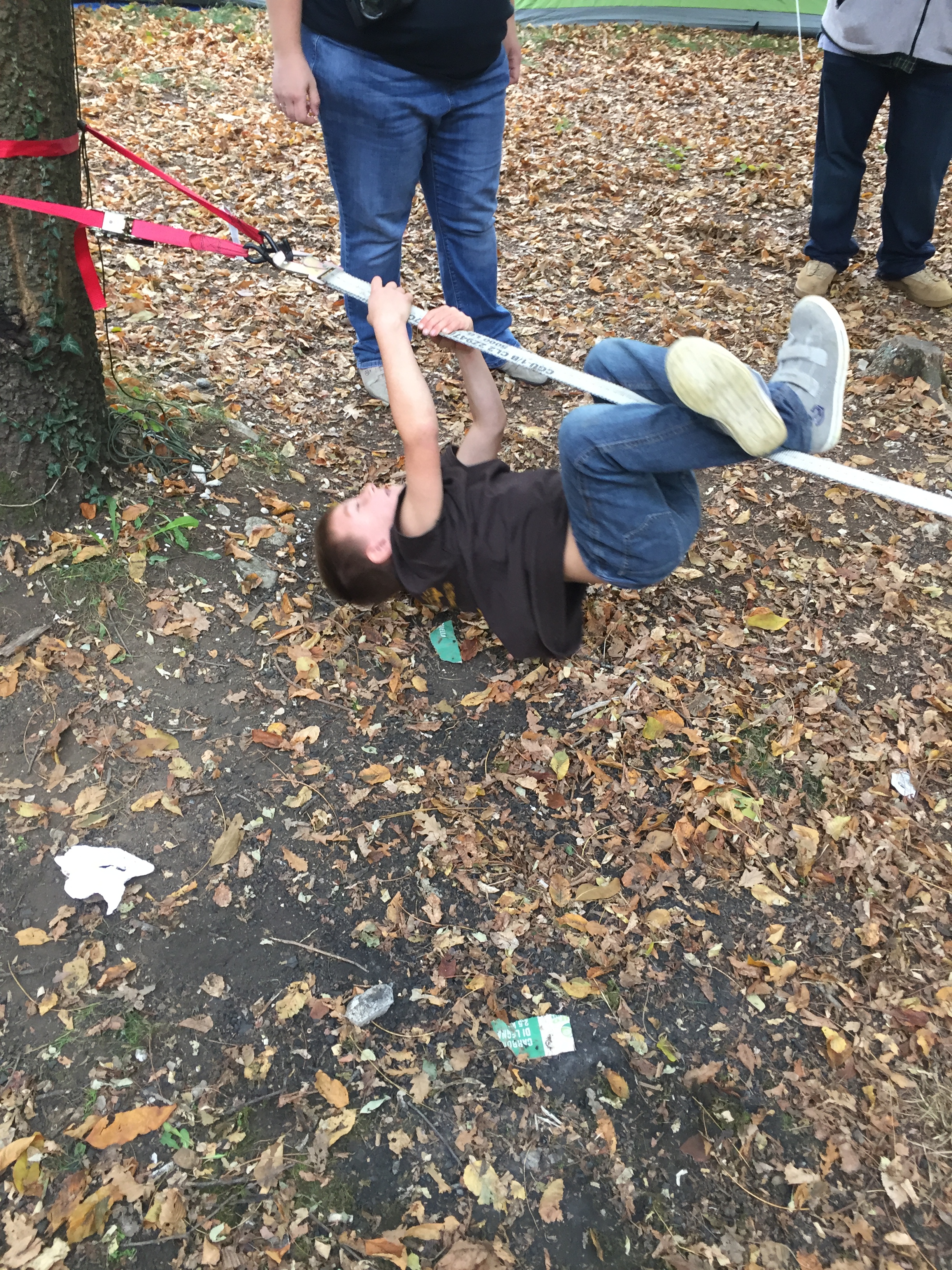 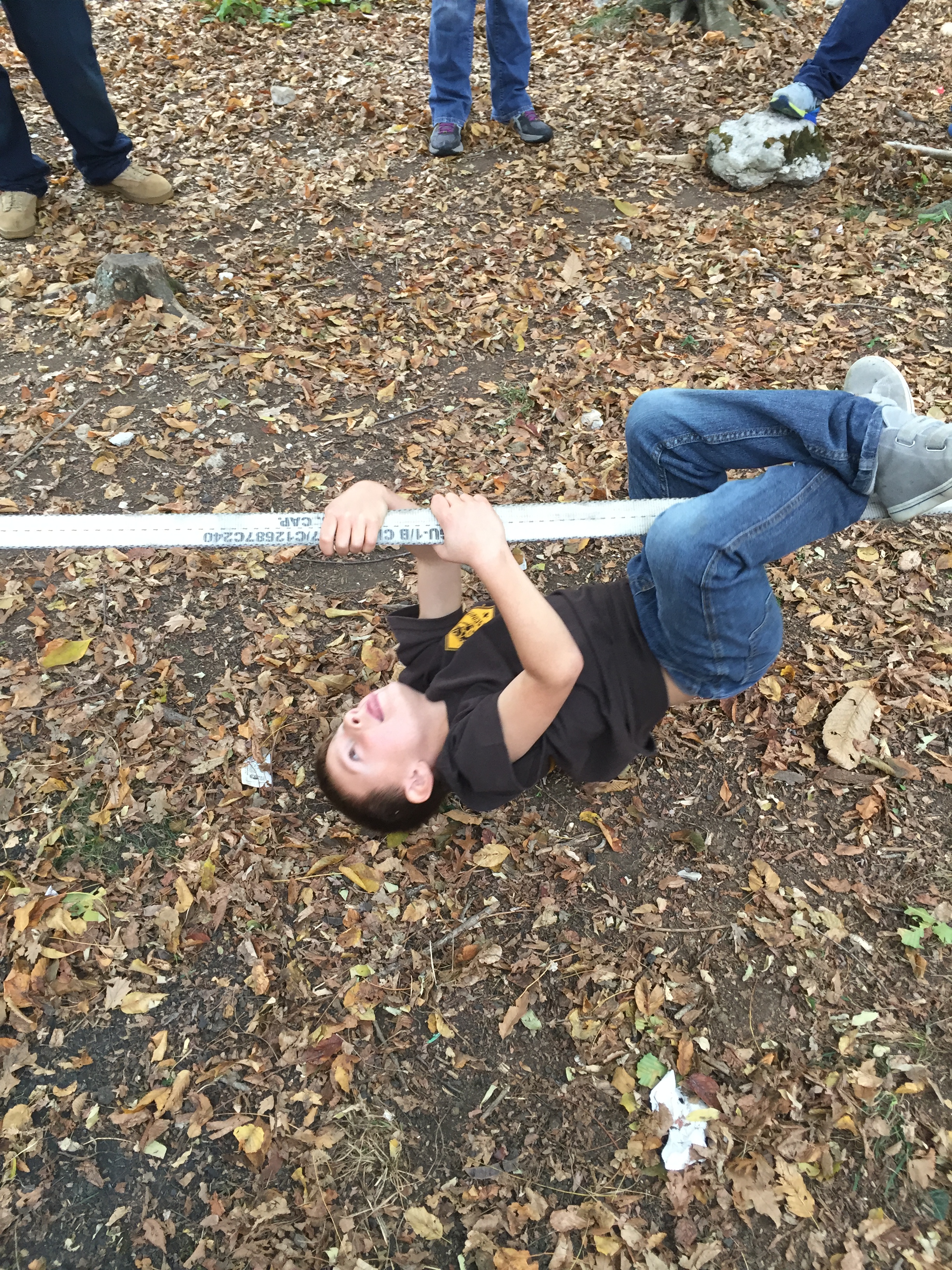 And learned to start fires…  He had SO much fun with all of those boys.  And the great thing is that most of them are also involved with the homeschool group, so he will be able to get to know them pretty well. 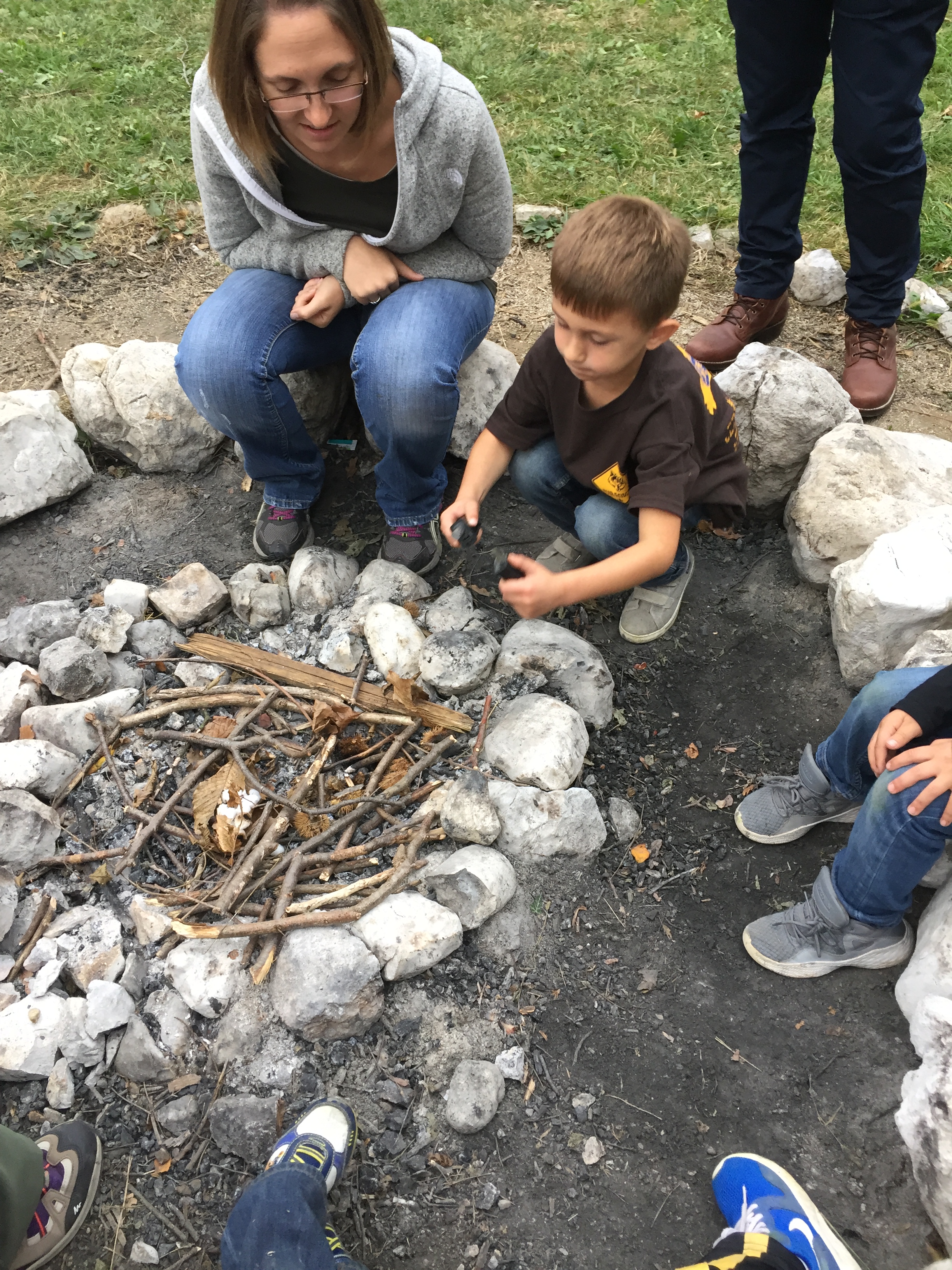 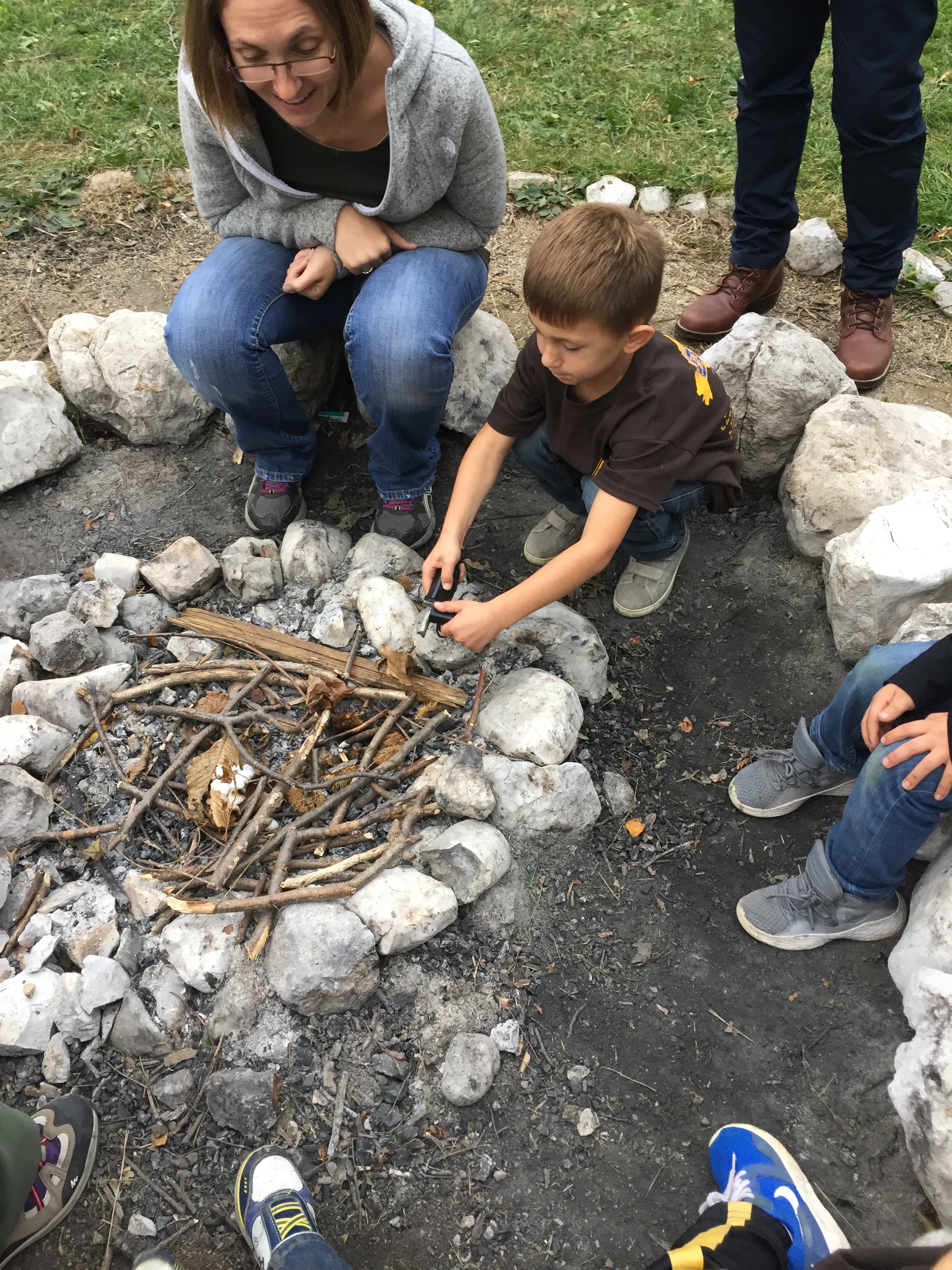 The best part was that I got to  home alone and Derek, Benjamin, and Clara stayed up in the tent overnight.  It was quite glorious to have the evening to myself though I didn’t sleep anyway because I was worried about the kids being too cold. Oh well…suppose I’m quite used to being “nocturnal” as Benjamin would say.

View all posts by hansenpamela1