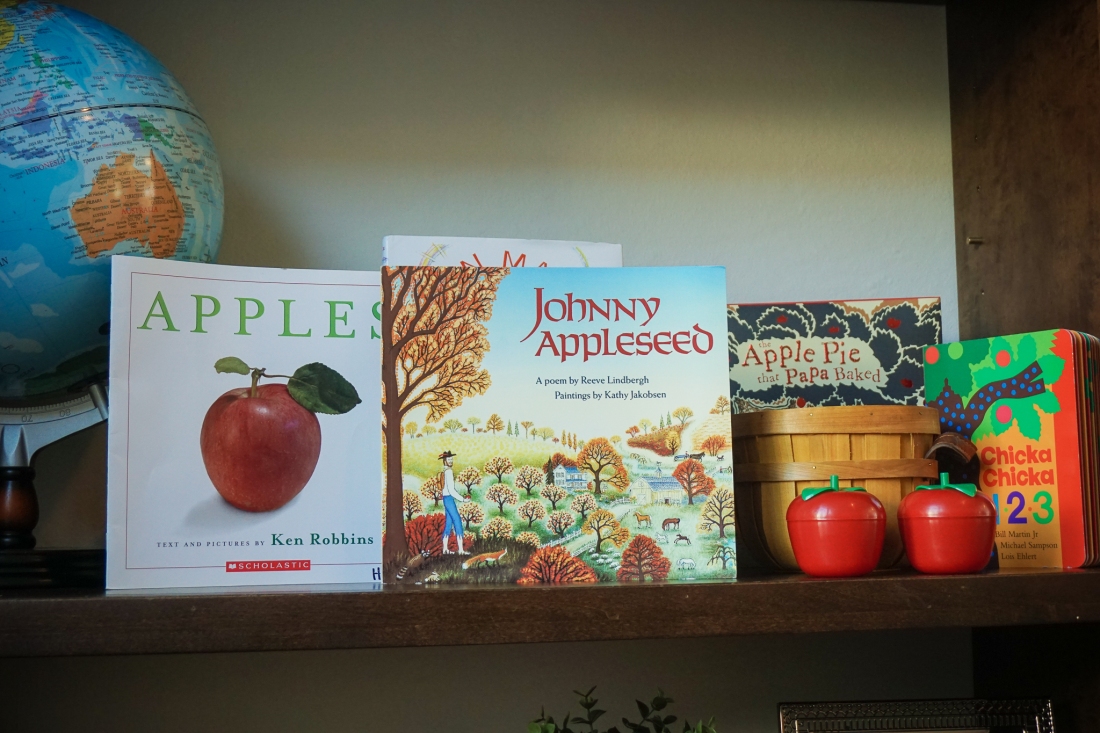 We took a break from Five in a Row this week to do some activities with apples, Johnny Appleseed, and work on our Ivy Kids box which featured Chicka Chicka 123 by Bill Martin.  Each month the box includes activities and all materials needed to complete a short unit study on a picture book.  We’ve been getting subscription boxes from Ivy Kids for about six month and I’ve really liked them.   It’s so nice to have everything planned and prepared when you’re in a pinch.

We played an apple picking game where I threw pompom apples all over the floor and they raced to pick them up with tweezers and counted what we picked by 1’s and 5’s. 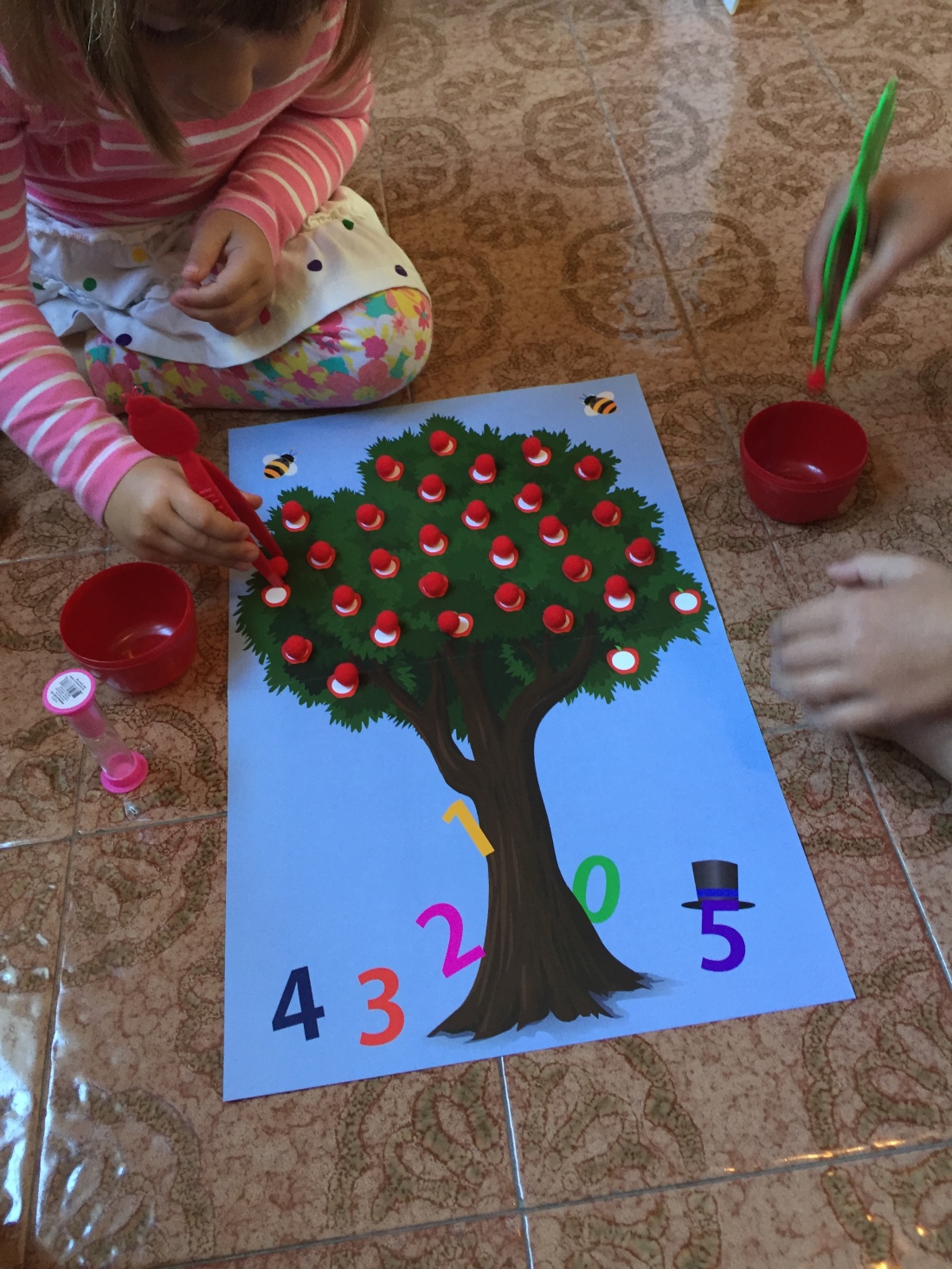 We studied the life cycle of an apple tree, read a lot about Johnny Appleseed, and examined the parts of an apple

We had a tasting party.  The BX doesn’t offer too many choices, but we sampled what we could.  Benny’s favorite was the Granny Smith – Clara’s the red delicious.

After tasting different varieties, we used the apple chunks to build structures. 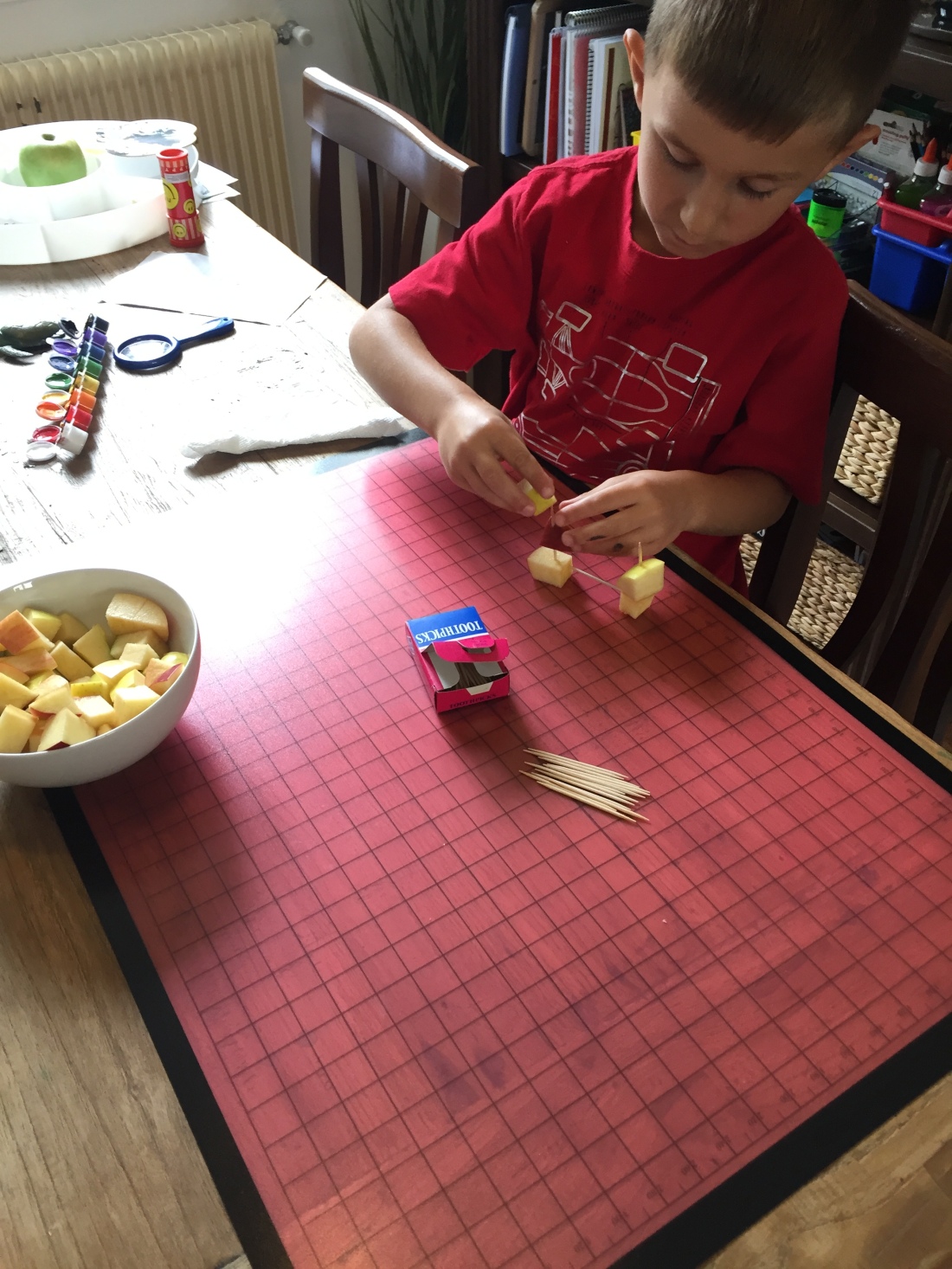 We made a Chicka Chicka apple tree.  I loved how Benjamin thought to put 100 at the top of his tree – just like in the story. 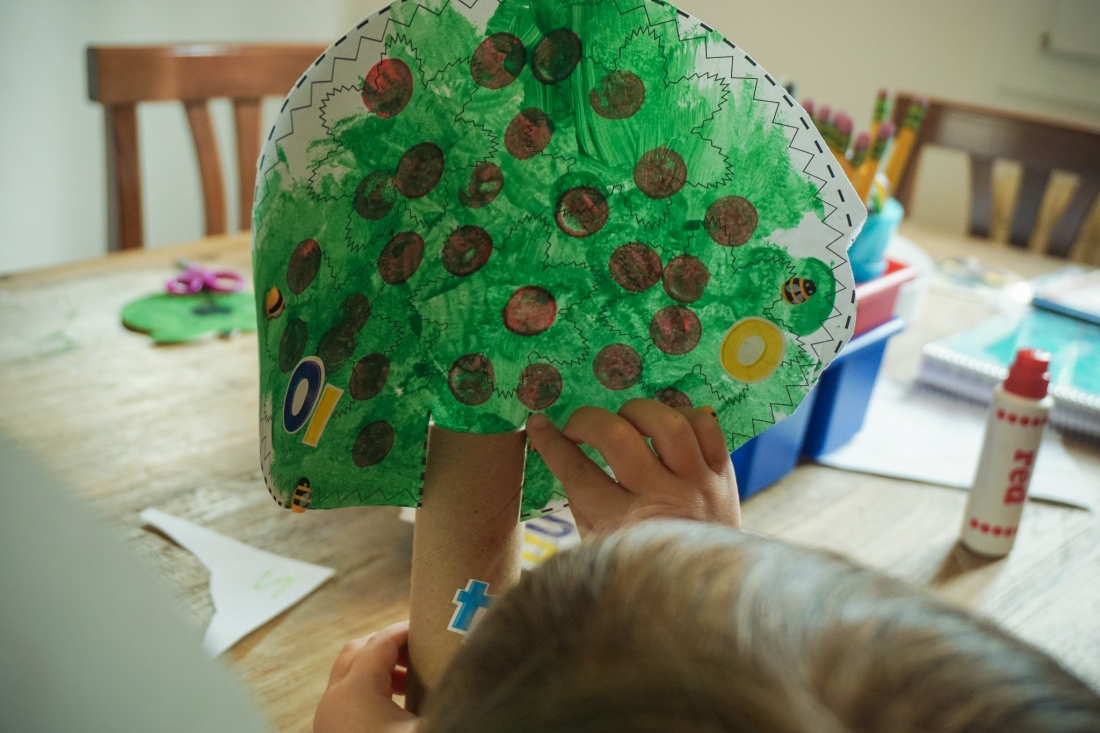 We painted apples.  Benjamin is starting to be a little more careful with his designs.  Clara is still loves using all colors at once! Ben loved to try his hand at color mixing when his apple was finished. 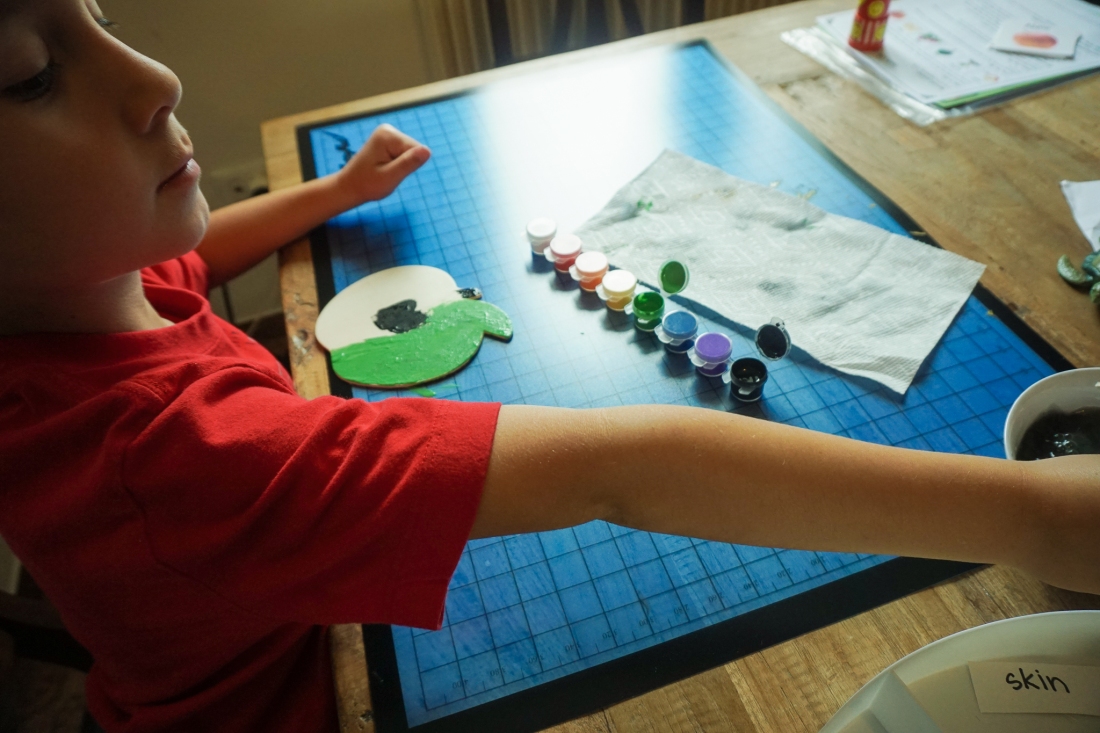 We tried matching and filling in missing letters with stickers.

In our nature study we observed how the force of wind is able to move things.  We created our own wind with the fan and blowdryer.  Who knew this could be so amusing?  We predicted which objects could and could not be moved by the wind. 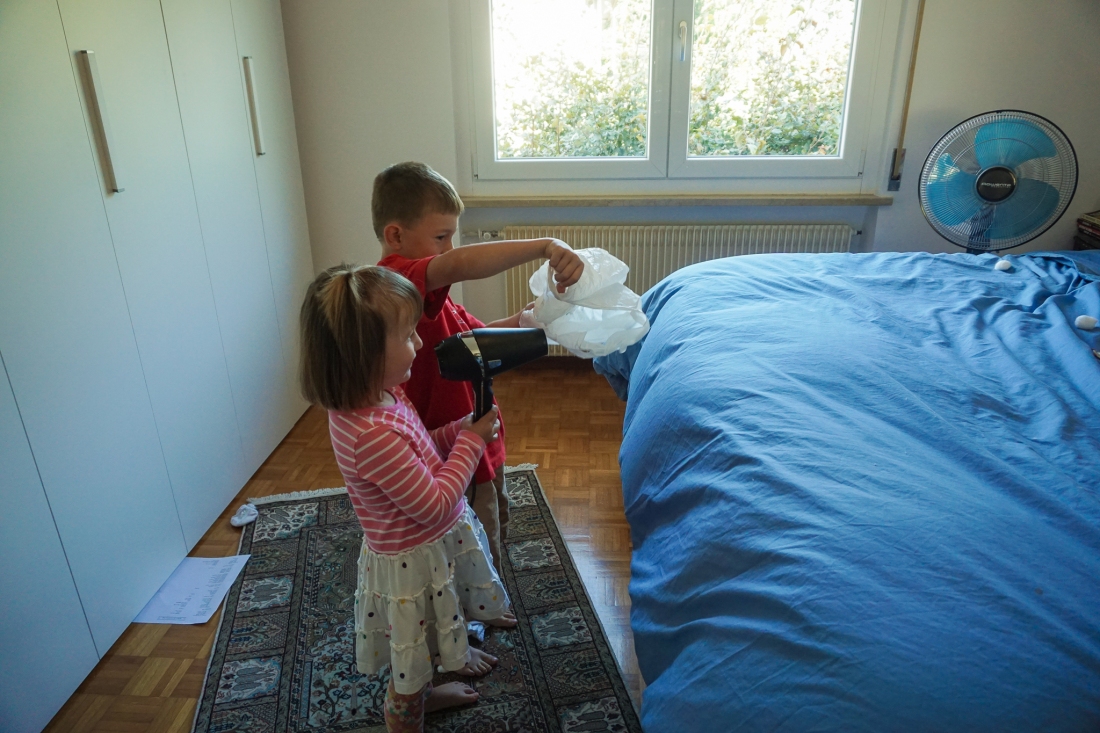 I made a pendulum and the kids built towers to knock down with a  wrecking ball. 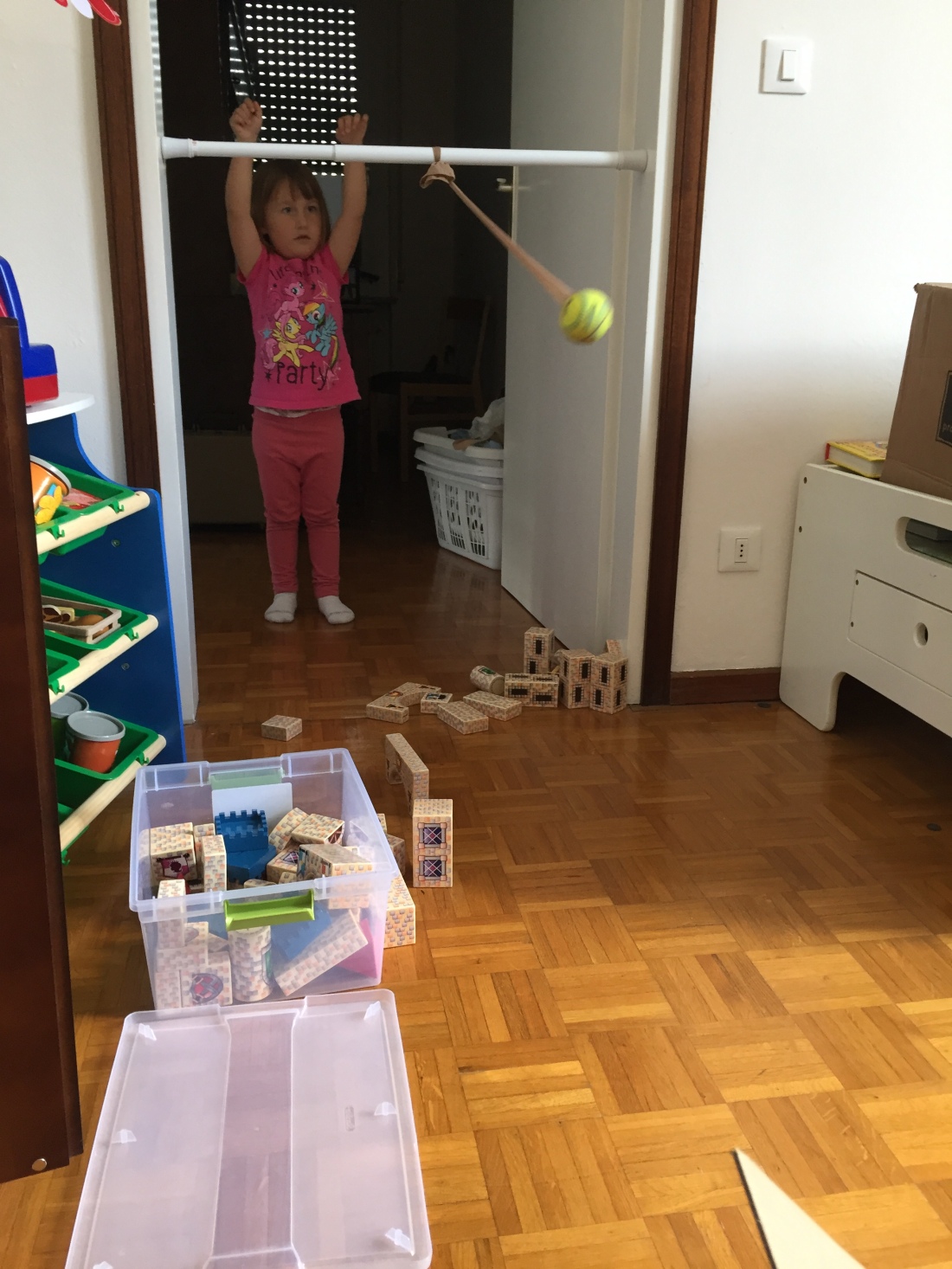 This was Benjamin’s creation with his Keva blocks.  He was so proud of it and spent hours working on it.  He said the tunnel was the Autostrada. 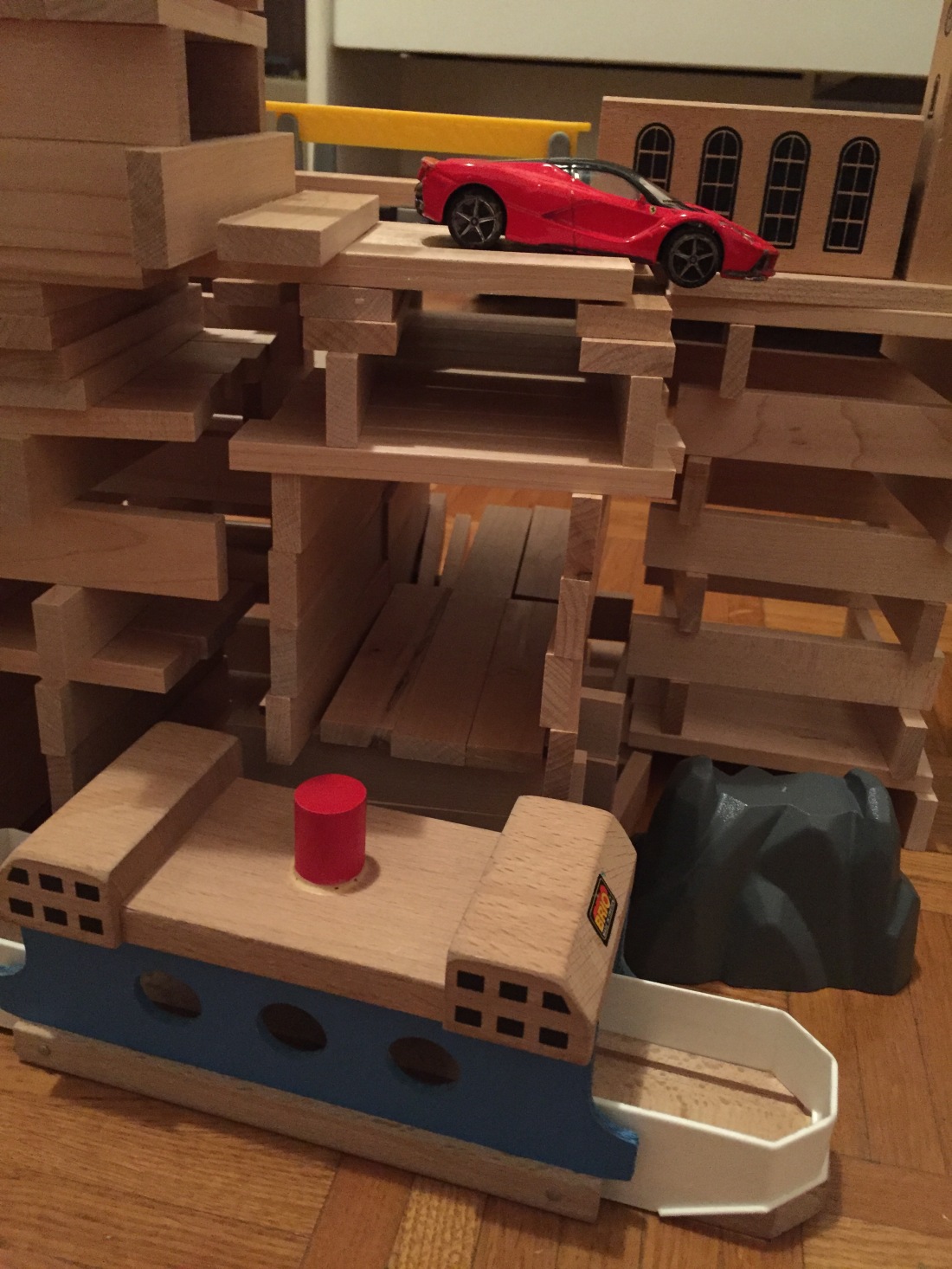 We also joined the base homeschool group for a field trip on base.  They visited the base weather tower. They explained some of the tools they use to predict the weather and let them go up the lookout tower.  Much of it was a bit too advanced for them, but the loved the tower and looking at the computer monitors.